Tracy Scoggins Net Worth: Tracy Scoggins is an American actress who has a net worth of $5 million dollars. Born November 13, 1953 in Galveston, Texas, she is best known for her role as Cat Grant in the television series Lois & Clark: The New Adventures of Superman and as Monica Colby in the 1980s primetime soap opera Dynasty (as well as its spinoff The Colbys).

In the Babylon 5 television series she played Captain Elizabeth Lochley, the station's commander during the final season. At age 16, she enrolled in Southwest Texas State, where she studied speech communications and physical education. After leaving college, she was hired by the Elite Modeling Agency and sent to New York City, New York and was subsequently assigned to modeling work in Italy, France and Germany. Later, she decided to return to the United States to study acting and attended well-known acting schools the Wynn Handman Studio and the Herbert Berghof Studio. After completing her training, she moved to Hollywood, California to pursue acting and made her television debut on the classic series The Dukes of Hazzard. Today, she resides in Los Angeles, California and spends her free time developing workout videos, cycle riding, swimming and jogging. 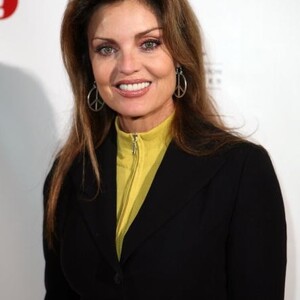