Tracy Posner net worth: Tracy Posner is an American actress and animal rights rescuer and activist who has a net worth of $100 million. She is perhaps best known for being part of the Posner family and being married to Burt Ward. During his life, Victor was one of the highest paid and most successful business executives and is considered the pioneer of leveraged buyouts (LBO). Victor's LBO firm owned 100% of of RC Cola and 100% of Arby's among many other high profiles investments. At the time of his death, Victor was estimated to be worth $600 million.

Tracy Posner was born in 1962. She is the daughter of Victor Posner and the half-sister of Steven Posner. Tracy Posner married Burt Ward in 1990. She has served as the vice president, assistant treasurer, and assistant secretary for companies including Wilson Brothers, Southeastern Public Service Authority, and NVF company. Tracy Posner appeared in the films Cyber-C.H.I.C., Virgin High, and Assault of the Party Nerds 2: The Heavy Petting Detective. She served as a composting supervisor for the 2001 film What's the Worst That Could Happen?. Posner appeared in an episode of the TV series Home & Family in 2017. She was involved in lawsuits against her half brother Steven Posner claiming that she did not receive a trust fund worth $2 million from her father Victor Posner.

Burt and Tracy are extremely active rescuing and taking care of dogs. They founded a dog charity called Gentle Giants Rescue and Adoptions. At any given time they take care of around 50 dogs of their own plus hundreds of other dogs that are up for adoption. They operate a 15,000 square foot dog shelter and produce a healthy dog food that has helped some animals greatly improve their health and lifespan. 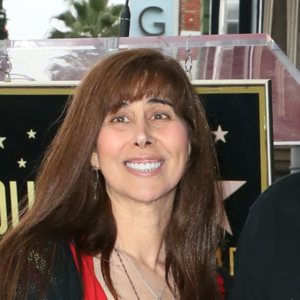