Tracy Pollan net worth: Tracy Pollan is an American actress who has a net worth of $65 million. That is a combined net worth with her husband of 30+ years, actor Michael J. Fox.

Tracy Pollan was born in Long Island, New York in June 1960. She is best known for starring as Ellen Reed on the television series Family Ties from 1985 to 1987. Pollan has had recurring roles in the TV series Spin City, Law & Order: Special Victims Unit, and Medium. She has starred in the movies Baby It's You, Promised Land, and Bright Lights, Big City. She has also appeared in episodes of the TV series Law & Order: Criminal Intent, Curb Your Enthusiasm, and The Michael J. Fox show. Tracy married her co-star Michael J. Fox in 1988 and the couple has four children. In 2014 she co-authored The Pollan Family Table cookbook with her mother and two sisters. Her brother Michael Pollan is a bestselling author of books about food. Before marrying Fox, Pollan dated Kevin Bacon. In 2000 Tracy Pollan was nominated for a Primetime Emmy Award for Outstanding Guest Actress in a Drama Series for Law & Order: Special Victims Unit.

Real Estate: Michael and Tracy lives primarily in Manhattan, but maintain an additional home in Quogue, New York out in the Hamptons which they purchased in October 2007 for $6.3 million. 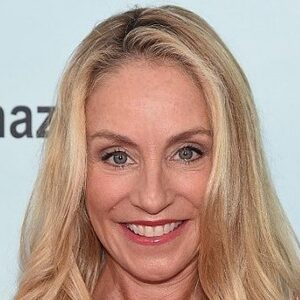