Tracy Nelson net worth: Tracy Nelson is an American actress, dancer, and writer who has a net worth of $2 million. She is best known for being the daughter of Ricky Nelson and Kristin Nelson and for appearing in movies like "Down and Out in Beverly Hills".

Tracy Nelson was born in Santa Monica, California in October 1963. She is the daughter of musician Ricky Nelson and actress and painter Kristin Nelson. Tracy Nelson was married to William R. Moses from 1987 to 1997. From 1982 to 1983 she starred as Jennifer DiNuccio on the television series Square Pegs. Nelson starred as Angela Timini on the TV series Glitter from 1984 to 1985. From 1989 to 1991 she starred as Sister Stephanie "Steve" Oskowski on the series Father Dowling Mysteries. Nelson starred as Evelyn Gardner on the television series A League of Their Own in 1993. She had recurring roles on the TV series Melrose Place, Snow River: The McGregor Saga, and The Eleventh. 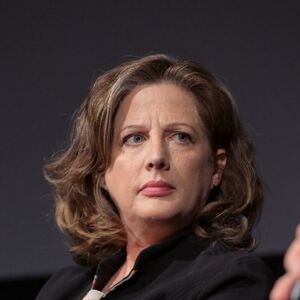