Tracy Letts Net Worth: Tracy Letts is an American playwright, screenwriter, and actor who has a net worth of $1 million. Tracy Letts was born in Tulsa, Oklahoma in July 1965. He moved to Chicago at 20 years old and worked at Steppenwolf Theatre Company for 11 years. Letts was a founding member of Bang Bang Spontaneous Theatre.

As a writer Letts wrote the plays Bug, Killer Joe, and August: Osage County which he ended up later writing the screenplays for the films as well. He has acted on stage since 1988 and most recently appeared in his second run of Who's Afraid of Virginia Woolf? in 2012 and The Realistic Joneses in 2014. As a screen actor Letts is best known for his role of Andrew Lockhart on the TV series Homeland from 2013 to 2014. He has also starred in the movie U.S. Marshalls and has appeared in episodes of the TV series Home Improvement, Early Edition, Seinfeld, The Drew Carey Show, and Prison Break. Letts was nominated for a Screen Actors Guild for his role in Homeland in 2014 and also for a Writers Guild of America Award for Best Adapted Screenplay for August: Osage County. He also received the 2008 Pulitzer Prize for Drama for the play August: Osage County and a Tony Award for playing George in Who's Afraid of Virginia Woolf?. 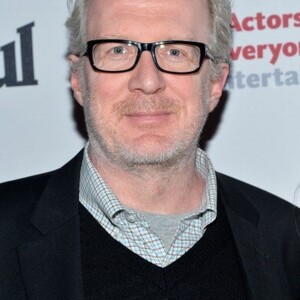