Tracey Gold Net Worth and Salary: Tracey Gold is an American actress who has a net worth of $2.5 million dollars. Tracey Gold was born in New York, New York, on May 16, 1969.  Tracey, who is also known as Tracey Claire Fisher, began acting before she started kindergarten, appearing in commercials for such products as Pepsi. After appearing on a few short-lived television series, she was cast in the role that would make her a household name, as Carol Seaver on "Growing Pains". She appeared in a total of 166 episodes of Growing Pains between 1985 and 1992.

Tracey became a teen idol during her seven years on the show, but also became equally famous for her very public battle with anorexia nervosa and bulimia. Ironically, her disorder was at least due in part to almost continual fat jokes that were included in the scripts for "Growing Pains". When it became clear that her weight loss was affecting her health and her ability to work on the show, she was written out of a few episodes, but later returned when her health had stabilized. After "Growing Pains" ended, she went on to appear in multiple television films, and continues to travel regularly to lecture about eating disorders and body image issues. In 2003 she authored a book called "Room to Grow: An Appetite for Life". She met her husband Rob Marshall through her Growing Pain mom Joanna Kerns. They married in 1994. Today she and Rob have four children together. 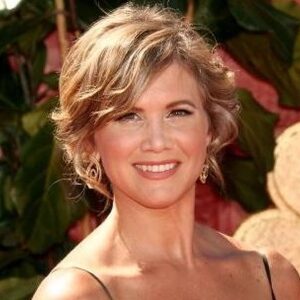