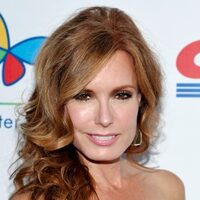 Tracey E. Bregman net worth: Tracey E. Bregman is an American actress who has a net worth of $7 million. Tracey E. Bregman was born in Munich, West Germany in May 1963. Her family moved to California when she was 10 and she started acting at 11 years old. Bregman starred as Lauren Fenmore on the soap opera The Bold and the Beautiful from 1993 to 2007. She has also starred in the same role on the soap opera The Young and the Restless since 1984. Bregman has starred in the movies Happy Birthday to Me, The Concrete Jungle, The Funny Farm, and Misogynist. She has also appeared in episodes of the TV series Days of Our Lives, The Love Boat, and Spyder Games. Bregman won a Daytime Emmy Award in 1985 for The Young and the Restless. She has also won two Young Artist Awards, a Soapy Award, and an Online Film & Television Association Award.