What is Tracee Ellis Ross' Net Worth and Salary?

Tracee Ellis Ross is an American actress, comedian, model, director and TV host who has a net worth of $16 million dollars. She is known for her lead roles on the television sitcoms "Girlfriends" and "Black-ish." She has also appeared in movies such as "Hanging Up," "Daddy's Little Girls," and "The High Note." Beyond television and film, Ross owns the hair-care line Pattern Beauty. Tracee's mother is singer Diana Ross and her father is music manager Robert Ellis Silberstein.

Tracee Ellis Ross was born as Tracee Joy Silberstein in 1972 in Los Angeles, California. She is the daughter of Motown singer and actress Diana Ross and music business manager Robert Ellis Silberstein, and is of Jewish ancestry on her father's side. Ross has two sisters named Rhonda and Chudney, as well as two half-brothers named Evan and Ross. Additionally, she has three step-siblings from her mother's remarriage to Arne Næss Jr.: Katinka, Christoffer, and Leona. As a youth, Ross went to the Dalton School in Manhattan and Riverdale Country School in the Bronx. She subsequently attended boarding school at the Institut Le Rosey in Rolle, Switzerland. For her higher education, Ross went to Brown University, graduating with a degree in theatre in 1994. She went on to work in the fashion industry as a model and contributing fashion editor to New York and Mirabella magazines.

Ross made her television acting debut in 1998, starring in the NBC television film "Race Against Fear: A Moment of Truth." In the film, she plays a former high school track star who is afraid to speak up about the abuse she suffered from her coach. Ross followed this in 2000 with a comedic performance on the MTV series "The Lyricist Lounge Show," a hip-hop variety program that combined music with various skits and sketches. The same year, Ross landed her breakthrough role on the UPN/CW sitcom "Girlfriends," playing the lead character Joan Carol Clayton, Esq., an accomplished and neurotic lawyer. Focused on the lives of a group of African-American women, the show ran for eight seasons and 172 episodes through 2008, earning Ross two NAACP Image Awards for her performance. During this time, the actress also appeared in an episode of the sitcom "Second Time Around," and starred opposite her brother Evan and Queen Latifah in the HBO television film "Life Support."

In 2011, following guest appearances on "Private Practice" and "CSI: Crime Scene Investigation," Ross landed her next big role on the BET family sitcom "Reed Between the Lines." She starred in the program's first season as Dr. Carla Reed, a successful psychologist balancing her career and family life. For her performance, Ross received her third NAACP Image Award. An even more acclaimed part came in 2014, when the actress was cast as Dr. Rainbow Johnson on the ABC sitcom "Black-ish," starring opposite Anthony Anderson. Ross won numerous accolades for her work, including multiple NAACP Image Awards as well as Emmy and Screen Actors Guild Award nominations. In 2019, she co-created the "Black-ish" spinoff "Mixed-ish" with Kenya Barris. Ross also serves as a narrator on the show. 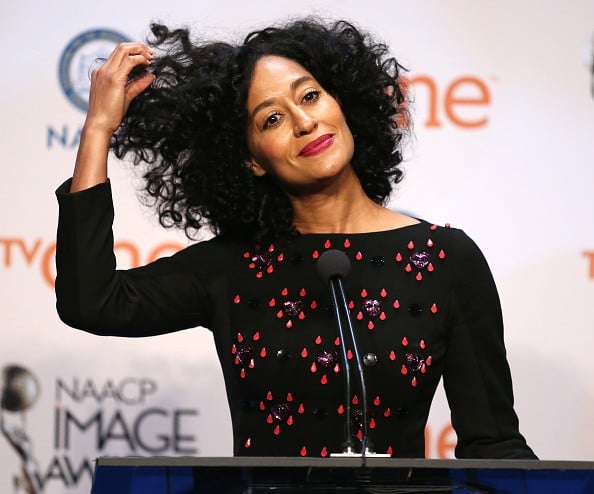 On the big screen, Ross had her debut in the 1996 independent film "Far Harbor." The next year, she was in another independent film called "Sue Lost in Manhattan." Ross had her first role in a major studio film in 2000, appearing in Diane Keaton's dramedy "Hanging Up." The film also stars Keaton, as well as Meg Ryan, Lisa Kudrow, and Walter Matthau in his last movie role. Following this, Ross was in "In the Weeds," "I-See-You.Com," and Tyler Perry's "Daddy's Little Girls," starring Gabrielle Union and Idris Elba. Subsequently, she appeared in "Labor Pains," starring Lindsay Lohan and Luke Kirby. Ross had her biggest film role yet in 2020, playing the lead role of superstar singer Grace Davis in "The High Note." The film also features Dakota Johnson, Kelvin Harrison Jr., Bill Pullman, Ice Cube, and Eddie Izzard. In addition to her acting, Ross made her singing debut on the film's soundtrack. Tracks include the lead single "Love Myself," as well as "Stop for a Minute," "New to Me," "Bad Girl," and "Like I Do."

Ross has appeared in a handful of music videos during her career. In 2004, she was in the video for Kanye West's "The New Workout Plan." The next year, she was in another Kanye West video, "Touch the Sky." After a long break, Ross returned to music videos in 2018 with Drake's "Nice for What." She was subsequently in the video for Tyler, the Creator's "Earfquake" in 2019.

Due to Ross's extreme privacy around her personal life, not a lot is known about her relationship history. However, it is known that she was in a prior relationship with Def Jam executive Abou Thiam. Speculation has also circulated that she is romantically involved with "Black-ish" creator Kenya Barris.

On the business front, Ross is an entrepreneur, having created the hair-care brand Pattern Beauty. Designed for Black hair, it strives to offer hair styling products, treatments, and accessories for every type of curly hair. 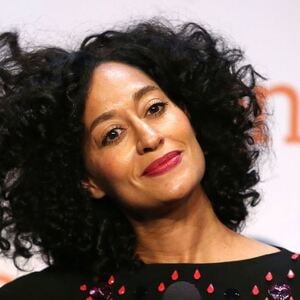