Touriya Haoud net worth: Touriya Haoud is a Dutch actress, model, and singer who has a net worth of $4 million. Touriya Haoud was married to Greg Vaughan from 2006 to 2014. She has had modeling campaigns including with Tommy Hilfiger. As an actress she starred as Naida on the television series Heartbeat from 2002 to 2003. Haoud starred as Sara Narain on the TV series Goede tijden, slechte tijden in 2003. She appeared in the movie Oysters at Nam Kee's in 2002. Touriya Haoud has also appeared in the films Hush Hush Baby in 2004, Floris in 2004, and Five Fingers in 2006. She appeared in episodes of the TV series Costa! from 2001 to 2002. Touriya Haoud appeared in the TV movie Drijfzand in 2004 and in the TV mini-series Into the waves in 2017. She opened a public relations agency in Los Angeles in 2009 and represented international designers in the United States. Haoud opened a fashion and art gallery in 2015 called The Connector LA. 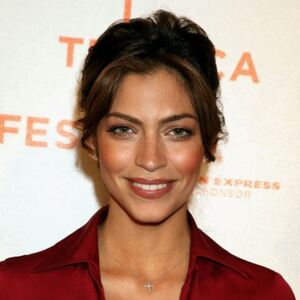