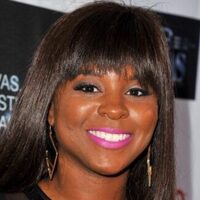 Torrei Hart net worth: Torrei Hart is an American actress and reality television star who has a net worth of $3 million. She was married to Kevin Hart, an American comedian, who is famous for his stand-up routines and also his appearances in show like The Big House and Undeclared. Torrei Hart has been cast as one of the members of the new VH1 reality series, Atlanta Exes. Atlanta Exes is a spinoff show from the popular show, Hollywood Exes. The cast of Atlanta Exes includes Tameka Raymond (Usher's ex-wife), Christina Johnson (Cee Lo Green's ex-wife), Sheree Buchanan (Atlanta Falcon, Ray Buchannan's Ex-wife), Torrei Hart (Kevin Hart's ex-wife), Traci Steele (ex-wife of DJ Babey Drew), and Monyetta Shaw (Ne-Yo's ex-fiance). Torrei helped Kevin Hart build his career as a successful comedian and the pair had two children, Heaven and Hendrix, during their almost ten-year relationship. In February 2010 the couple filed for divorce, citing irreconcilable differences. Hart requested joint custody; looking to prevent Torrei from receiving money in the divorce, stating that she is a comedian herself and has sufficient income to support herself. The pair's relationship troubles have made their way into both of their stand-up acts. Their divorce was very messy, and at one point, Torrei attacked Kevin's attorney, Debra Opri, after being frustrated that Opri was painting her in a negative light during the divorce proceedings. There was no pre-nuptial agreement which could be one of the reasons why things got so ugly for a time during the divorce. Even though negative remarks were made about one another during the course of the divorce proceedings, Hart now says there are no hard feelings. In addition to being a mother, Torrei is also an actress and a producer and probably best known for her role in films like Victim of Circumstance, Big & Beautiful, and The Captive.