What is Tori Spelling's net worth and salary?

Tori Spelling is an American actress who has a net worth of $1.5 million. Tori Spelling is probably best known for playing the role of Donna Martin on the 90s TV series "Beverly Hills, 90210" which was co-produced by her legendary father, Aaron Spelling. She also briefly starred in the show's modern spin-off series.

In October 2013, Tori made the shocking announcement that she was broke and had squandered away every penny she had ever made to the point where she was borrowing money from her mother to pay rent and could not afford a simple medical procedure for her husband. S

"I don't have one million dollars. We had some income here and there, but no savings apart from our retirement accounts."

To be fair, Tori's husband Dean clarified her statements the next day by telling US Magazine:

Also, keep in mind that Tori's mom Candy is sitting on a cool $600 million. So I wouldn't stress too much about Tori Spelling's financial future. But at the same time, in March 2017, City National Bank filed a lawsuit against Tori and Dean after they failed to pay off $200,000 out of a $400,000 loan. City National also claimed that Tori overdrew $17,000 from her checking account. While that lawsuit was going on Dean was also being sued by his ex for $100,000 in owed child support. A few months earlier the couple was sued by American Express for $87,000 in credit card debt and $260,000 in unpaid taxes. 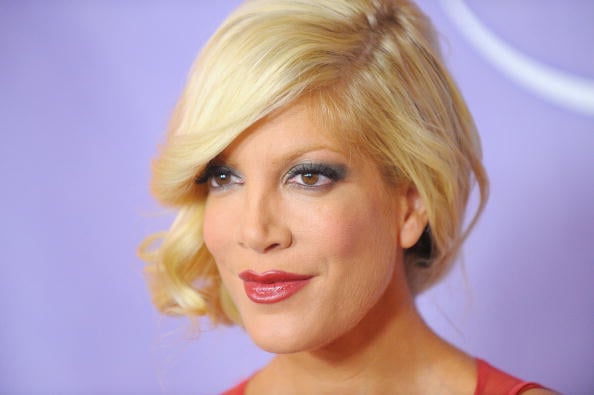 Victoria (Tori) Davey Spelling was born on May 16, 1973 in Los Angeles, California. She was born to two very famous parents: Her father is television and film producer Aaron Spelling and Tori's mother is the author and socialite Candy Spelling. Her brother, Randy Spelling is also a former actor who now works as a life coach. Tori attended Beverly Hills High School, then completed her education at Harvard Westlake, graduating in 1991.

Spelling for acting lessons by an acting coach her father hired for her at just age six. She subsequently landed guest spots on several popular TV shows like The Love Boat, Fantasy Island, and Saved by the Bell. When she was 17, she was given the role of Donna Martin on Beverly Hills, 90210, co-produced by her father's company Spelling Television. The series ran from for ten seasons 1990-2000, with Spelling portraying Donna the entire run. She was nominated for two Young Artist Awards for her work. During her time on the show, she was also featured in several made for TV films including Co-Ed Call Girl, A Friend to Die For, Mother May I Sleep With Danger?, The House of Yes, and Trick, all in the '90s. In 2006, Spelling starred as herself in the VH1 Sitcom So Notorious. It parodied her public image.

In 2007, Tori and husband Dean McDermott bought a bed and breakfast, Chateau La Rue in Fallbrook, California and subsequently starred in a reality show called "Tori and Dean: Inn Love". That show later became "Tori and Dean: Home Sweet Hollywood", after they sold the bed and breakfast. In July 2007, Spelling became an ordained minister in order to marry a gay couple at the bed and breakfast. The wedding ceremony was featured on an episode of Inn Love. Tori and Dean's spinoff series of Home Sweet Hollywood, Tori & Dean, sTORIbook Weddings premiered on April 6, 2011. Writers filed a $60 million dollar lawsuit against the series after claiming they came up with the idea of the same series starring Tori and Dean. In the lawsuit, they cited breach of implied-in-fact contract, slander of title, and unfair business practices, among many other charges. In August 2014, eight half hour episodes of a new reality show, Tori & Dean: Cabin Fever were produced and aired on CMT Canada and HGTV. The show chronicled Spelling, McDermott, and their children as they moved into a lakeside cabin in Ontario, Canada. 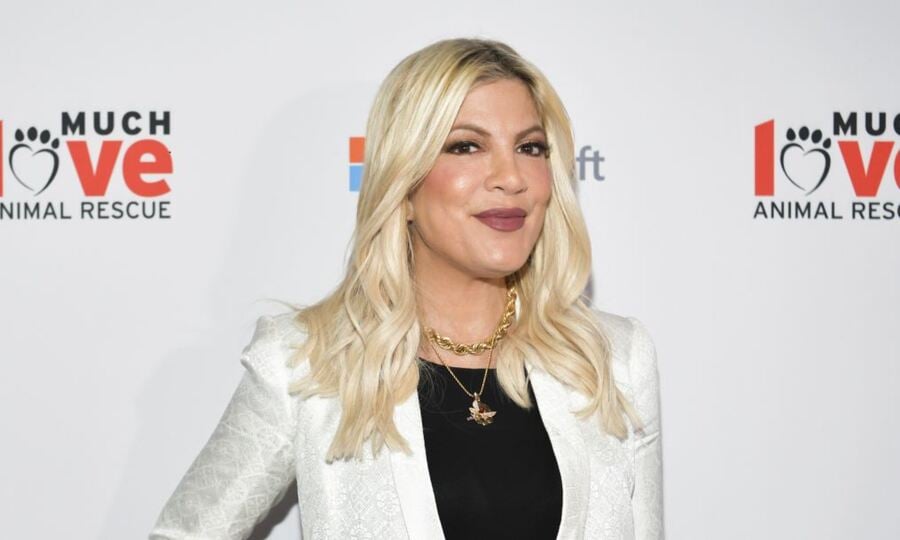 Tori voiced the Pirate Princess in Jake and the Neverland Pirates in 2011. Later, she played a role in the comedy short film Hoarders: Untold sTori. It premiered at the Outfest Film Festival in July 2011. Spelling was on Big Brother 13 in September 2011. In 2012, she made a guest appearance on Nick Jr.'s Yo Gabba Gabba. In 2014, Spelling starred in ABC Family TV series Mystery Girls, alongside her former 90210 co-star Jennie Garth. In 2016, she did a remake of Mother, May I sleep with Danger? alongside James Franco. Since June 2018, Spelling has been hosting the makeover TV series The Look: All Stars. She also appeared in 2018 in the TV movie The Last Sharknado: It's About Time.

Spelling also has her own line of fashion jewelry that she designs and sells on the Home Shopping Network. Tori has written three books, "sTori Telling", which tells more about her life in the limelight, "Mommywood", which describes her experiences as a mom, and "Uncharted Territori".

Tori has been married twice. First to actor and playwright, Charlie Shanian, from July of 2004 to April of 2006. She then married Dean McDermott in May of 2006, whom she fell in love with while filming 2005's "Mind over Murder," a made for TV movie. At the time Dean McDermott was married to Mary Jo Eustace, but they divorced in 2006. Tori and Dean have five children together. Tori is also the stepmother to Jack Montgomery McDermott, Dean's son with Eustance.

In 2020, Tori and Dean paid $3.7 million for a 5,980 square foot home in the Santa Monica Mountains. The mansion includes five bedrooms, eight bathrooms, a gourmet kitchen, a playroom, and a wet bar, and the property features a swimming pool and a spa with a rock waterfall.

The couple previously owned a 6,700 square foot Encino estate, which they sold for $2.5 million in 2011. The Encino home has 6 bedrooms, 6.5 bathrooms, and 4 fireplaces. The home has a formal entryway, and custom finishes, including French doors, wood and stone flooring, and a gourmet kitchen. The master suite has a sitting area, fireplace, balcony, and spa tub. The grounds are landscaped and feature a lanai, BBQ, putting green, and a pool/spa. 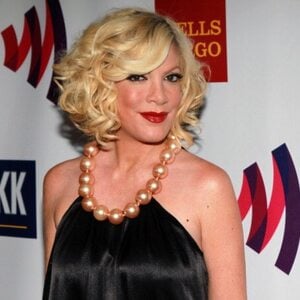