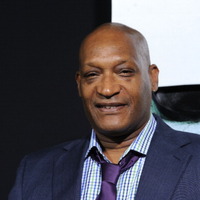 Tony Todd net worth: Tony Todd is an American actor and producer who has a net worth of $10 million dollars. Tony Todd was born in Washington, D.C., and grew up in Hartford, Connecticut. He graduated from the University of Connecticut, and also studied theater at the Eugene O'Neill National Theatre Institute and Trinity Repertory. He began his professional acting career in the mid-80s, and has worked steadily in both film and television productions. Some of his television projects include, "Simon & Simon","21 Jump Street", "MacGyver", "The X-Files", "Star Trek: Deep Space Nine", "Smallville", "Crossing Jordan", "CSI: Miami", "Boston Public", "Without a Trace", and "Hawaii Five-O". He has appeared in such films as "Platoon", "Lean On Me", the "Candyman" franchise, the "Final Destination" franchise, "The Rock", "Hatchet", "Dark Reel", and "Sushi Girl". In 2013, he appeared in 14 episodes of "The Young and the Restless". He is the voice of Megatronus Prime in "The Transformers" films.