Tony Revolori net worth: Tony Revolori is an American actor who has a net worth of $1 million. Tony Revolori was born in Anaheim, California in April 1996. He is best known for starring as Zero Moustafa in the movie The Grand Budapest Hotel. Revolori made his debut in 2004 in the short Nebraska.

In 2009 he starred in the film The Perfect Game as Fidel Ruiz. His best known role came starring as Young Zero Moustafa in the movie The Grand Budapest Hotel in 2014. For that role he won awards from the Central Ohio Film Critics Association, Detroit Film Critic Society, Florida Film Critics Circle Awards, and Georgia Film Critics Association. Revolori was also nominated for a Screen Actors Guild Award for The Grand Budapest Hotel. He starred as Jib in the 2015 movie Dope and is scheduled to star in the upcoming films The 5th Wave, Table 19, and Low Riders. Revolori has also appeared in episodes of the TV series The Unit, Entourage, My Name Is Earl, Sons of Tucson, and Shameless.y 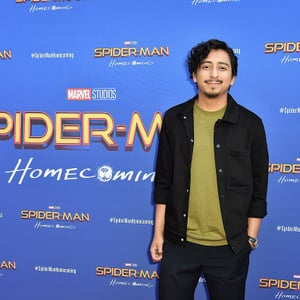