Tony Randall Net Worth: Tony Randall was an American actor and producer who had a net worth of $10 million dollars. Born in Tulsa, Oklahoma on February 26, 1920, Randall was best known for playing Felix Unger in The Odd Couple. He became active in the entertainment industry in the 1940s, starting with small roles on Broadway.

He attended Northwestern University and later studied at the Neighborhood Playhouse School of the Theatre. His first major Broadway role was on Inherit the Wind, followed by the musical Oh, Captain! for which he received a Tony Award nomination. Eventually, he had his own series called The Tony Randall Show. He married to Florence Gibbs in 1942, with whom he remained until her death in 1992. He remarried in 1995 to Heather Harlan, who was fifty years younger than him. The couple had two children together. On May 17, 2004, Randall passed away in his sleep following infection with pneumonia from a coronary bypass surgery in 2003. He was nominated for five Golden Globes and six Emmy Awards for his role in The Odd Couple. 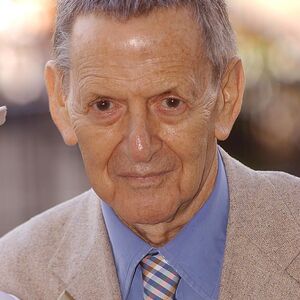