Tony MacAlpine Net Worth: Tony MacAlpine is an American musician and composer who has a net worth of $2.5 million. His impressive career has spanned over two decades but he is best known for being an instrumental rock solo guitarist. He has eleven albums under his belt as well as collaborations with other bands and artists. He began playing the piano at the age of five, and played the guitar at the age of twelve. He went to the Springfield Conservatory of Music in Massachusetts, where he studied classical music for a while. He also got the chance to study musical programs at the University of Hartford in Connecticut. His major musical influence is Frederic Chopin, whom he pays tribute to in many of his studio albums.

His first studio releases were Edge of Insanity and Maximum Security which were released in 1985 and 1987 respectively. He also gained a lot of recogniti on during the Shed era where he did keyboard performances on albums of musicians such as Vinnie Moor and Joey Tafolla. Very soon after his debut, he played the guitar for a heavy metal group called M.A.R.S. This led to his 1886 Project: Driver album. He released the album Eyes of the World, which was a commercial album, as a way of mimicking other hard rock bands. However, this did not last long as he soon returned to what he knew best with was instrumentals. His other albums include Madness, Premonition, Evolution, Violent Machine and Master of Paradise. In 2001, he took a hiatus, and only returned to the scene in 2011 with a self-titled solo album.He released additional solo albums in 2015 and 2017. 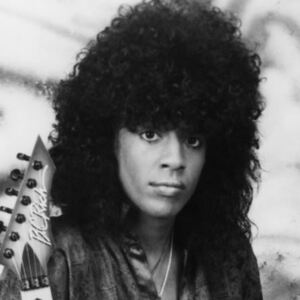