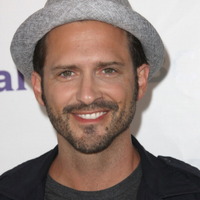 Tony Lucca Net Worth: Tony Lucca is an American singer, producer, songwriter and part-time actor who has a net worth of $16 million. He is amongst several celebrities who began their rise to fame on the Mickey Mouse Club. Born in Pontiac, Michigan, Lucca is of Italian, French, Welsh and English descent. His parents are Sally and Tony Lucca. His career was influenced from a young age as he grew up in a extended family that was full of musical talents. He grew up in Waterford, Michigan, and tried his hand at singing from the tender age of 3. He also became a child model at the age of 9. At the age of 12, he was soon playing in Detroit-area bands, together with his cousin Cole. In 1991, when Tony was 14, he went to Detroit to audition for a movie called Newsies, but found out that the audition was actually for the Mickey Mouse Club. His sister encouraged him to join, and he was eventually picked for a callback. He was selected among other kids to join the show in its fourth season. He remained on the show for 4 seasons, after which it was cancelled. He then moved to Hollywood to begin an acting career. He was then cast in Malibu Shores, commercials for Blockbuster Video, Levi Jeans and J.C Penny. He left his acting career in 1997 to pursue music. In 1997, he produced his first CD, and in 1998, he started up his own website and began selling his CD online. He released his full length album in 2004,Shotgun, and was co-produced by JC Chasez. In 2006, he released his other album, Canyon Songs. Come Around Again, another album, was released in 2008. Various songs of his have been featured in shows like Felicity, Brothers & Sisters and Open Range.