Tony Longo net worth: Tony Longo was an American actor who had a net worth of $1 million. Tony Longo was born in New Jersey in August 1961. He was 6'6″ and often took roles that depicted him as an imposing giant who was extra strong with below average intelligence.

Longo had over 150 acting credits to his name. He had recurring roles in the television series Alice, Hell Town, 1st & Ten: The Championship, Shaky Ground, Police Academy: The Series, The Young and the Restless, Days of Our Lives, and Alibi Boys. Longo starred in the movies Splash, Sixteen Candles, Mr. Destiny, Suburban Commando, The Last Boy Scout, Prehysteria!, Angels in the Outfield, Houseguest, The Flintstones in Viva Rock Vegas, Mulholland Drive, Pete Smalls Is Dead, Changing Hands, Pound Puppies and the Legend of Big Paw, and Eraser. He also appeared in episodes of the TV series Laverne & Shirley, Simon & Simon, Alice, Perfect Strangers, Sydney, and Monk. Tony Longo passed away on June 21, 2015 at 53 years old in his sleep. 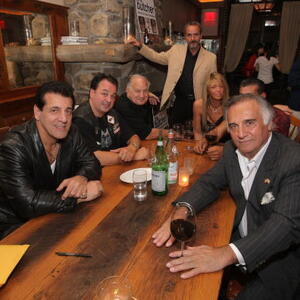