He made his film debuts in the 1983 movies Burning of the Imperial palace and Chui lian ting zheng. Some of his better known films include People's Hero, Prison on Fire, Gunmen, The Laser Man, A Better Tomorrow 3, Island of Fire, She Shoots Straight, Farewell China, Inspector Pink Dragon, Her Fatal Ways, The raid, King of Chess, The Banquet, New Dragon Gate Inn, 92 Legendary La Rose Noire, The Lover, Centre Stage, He Ain't Heavy, He's My Father, Flying Dagger, The Eagle Shooting Heroes, Tom, Dick and Hairy, Perfect Exchange, All Men Are Brothers – Blood of the Leopard, To Live and Die in Tsimshatsui, Always Be the Winners, God of Gamblers Returns, It's a Wonderful Life, Ashes of time, The Christ of Nanjing, Island of Greed, Love Will Tear Us Apart, Victim, Jiang hu: The Triad Zone, The Treatment, Double Vision, Zhou Yu's Train, Golden Chicken, Men Suddenly in Black, The Spy Dad, Throw Down, The Twins Effect II, Three… Extremes, Dumplings, A-1 Headline, On the Mountain of Tai Hang, The Myth, Election, Everlasting Regret, My name is Fame, Eye in the Sky, Lost in Beijing, The Drummer, Iron Road, I Corrupt All Cops, Bodyguards and Assassins, The Founding of a Republic, Detective Dee and the Mystery of the Phantom Flame, Bruce Lee, My Brother, I Love Hong Kong, Cold Steel, The Devil Inside Me, Cold War, Tai Chi 0, Tai Chi Hero, Tales from the Dark 1, Beijing Love Story, Horseplay, and Rise of the Legend. Tony has won two Chinese Film Media Awards, two Golden Horse Awards, and five Hong Kong Film Awards. 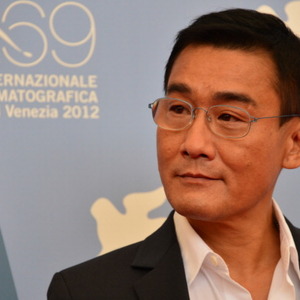