Tony Hale net worth and salary: Tony Hale is an American actor who has a net worth of $9 million. He is best known for his role as Byron "Buster" Bluth in the hit comedy series Arrested Development and for his role as the personal aid to the Vice President on the HBO comedy, Veep.

He was born in West Point, New York on September 30, 1970 but grew up in Tallahassee, Florida. He graduated from Samford University with a degree in Journalism in 1992, and in 1994 graduated from the School of Communication and the Arts at Regent University in Virginia. After graduating he moved to New York City and lived there for nearly 10 years. He first obtained his SAG card when he appeared in a commercial for MCI, Inc. that subsequently never aired. He made minor guest appearances on Dawson's Creek, The Sopranos, and Sex and the City, but is more often recognized for his role in the Volkswagen commercial where he danced to "Mr. Roboto. In 2006, he was cast in the NBC sitcom, Andy Barker PI and also appeared in minor roles in Stranger Than Fiction and Because I Said So. He also had recurring roles on Chuck and Numb3rs. In 2013, Hale won a Primetime Emmy Award for "Outstanding Supporting Actor in a Comedy Series," for his work on Veep. He is married to Emmy Award-winning make-up artist, Martel Thompson, and the couple reside in Los Angeles with their daughter. 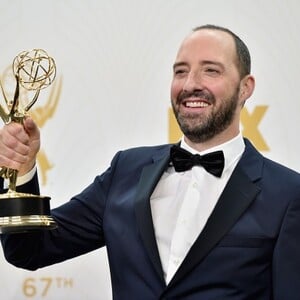