Tony Geary net worth: Tony Geary is an American actor who has a net worth of $9 million. Tony Geary attended the University of Utah as a Presidential Award Scholar in theater. He was raised in a Mormon household by his father, the head of a construction company, and his mother, Dana, a housewife.

His first TV role was on the long-forgotten ABC daytime drama Bright Promise in 1969. He has starred on the ABC daytime drama General Hospital as Luke Spencer from 1978 to 1984 and from 1993 to present. His character in General Hospital began as a "hit man" and later as a rapist who fell in love and subsequently married his victim. He left General Hospital in 1984, but returned in 1991 as a new character, Bill Eckert, a cousin of Luke's, and beginning in 1993, he played the dual roles of Bill and Luke, until Bill's death. His career began before General Hospital and has extended beyond it. In 1971, he guest-starred on an early memorable episode of All in the Family. He has performed in more than 50 stage productions throughout the United States. His extensive theatrical credits include roles in productions of "The Wild Duck, " "The Inspector General, " "The Cat's Paw, " "The Glass Menagerie, " and "Barabbas" a t the Los Angeles Theater Center. He has won the Daytime Emmy Award for "Outstanding Lead Actor in a Drama Series" for General Hospital six times. As a producer, he won a Cindy Award for Sound of Sunshine, Sound of Rain, a children's story for Public Radio. He is a certified scuba diver. Today he divides his time before Los Angeles and a home in Holland, where two of his Emmy Awards reside. Tony Geary was born on May 29th, 1947 in Coalville, Utah. 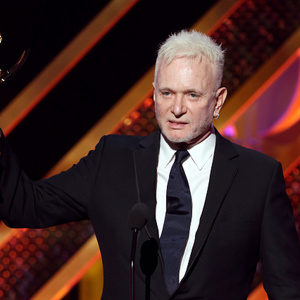