How much is Tony Danza Worth?

Tony Danza Net Worth and Salary: Tony Danza is an American actor, teacher, dancer, and former boxer who has a net worth of $40 million. Danza is probably best known for starring in TV series such as "Taxi" and "Who's the Boss?" Over the course of his career, Tony has been honored with numerous accolades, including nominations for an Emmy Award and four Golden Globes. He also won a People's Choice Award. Outside of his TV career, Danza has appeared in a number of films.

Early Life: Antonio Salvatore Iadanza was born on April 21st of 1951 in Brooklyn, New York City. Raised in a working-class Italian household alongside a younger brother, Tony initially lived in East New York before he relocated to Long Island with his family at the age of 14. Despite being a self-described "bad student" during high school, he managed to graduate in 1968. Not only that, but Tony also attended the University of Dubuque and earned a bachelor's degree in history in 1972. He was able to attend college because of a wrestling scholarship.

Boxing Career: Despite being a skilled wrestler, Danza initially became a professional boxer. His record is impressive, with nine wins and three losses during his short career. He scored a total of nine knockouts, including three technical knockouts. Except for one fight, each of his matches ended in a knockout.

Acting Career: While working out in a boxing gym, a producer noticed Tony and offered him a chance to audition for the TV show "Taxi." He nailed the audition and played a cab driver and part-time boxer in the series. His next role in "Who's the Boss?" made him even more famous, and he played a fictional former baseball player called Tony Micelli. The series consistently ranked in the top 10 in terms of overall ratings, and it ran for eight years. Tony Danza played the role of Tony Micelli from 1984 to 1992, and he was given a star on the Hollywood Walk of Fame in 1988 in recognition of his performance.

After "Who's the Boss?" ended, Tony Danza started to appear in movies as well as further television projects. In 1994, he played a baseball player in the film "Angels in the Outfield." Tony had previously appeared in films such as "The Hollywood Knights" and "Going Ape!" Next year, he appeared in the sitcom "Hudson Street" before following up with "The Tony Danza Show," although both were short-lived. By the year 2000, he had landed a role in the series "Family Law." After appearing in "The Practice," Tony was nominated for an Emmy Award.

Critics praised Danza after he appeared in a 1999 Broadway production of "The Iceman Cometh," and he subsequently started hosting his own talk show. Another Broadway performance came in 2007 with "The Producers," and in 2008 he hosted the fourth season of "The Contender." In 2013, Danza returned to Broadway once more with a production of "Honeymoon in Vegas." In 2018, Tony starred in the Netflix series "The Good Cop," but it was canceled after one season.

In 2020, it was announced that "Who's the Boss" was being rebooted by Sony. The sequel series will reportedly star Tony Danza and Alyssa Milano, the actress who played his on-screen daughter during the original 80s series. Both Milano and Danza shared their excitement and confirmed the legitimacy of the announcement over social media.

Teaching: During one strange year, Tony Danza taught 10th grade English at a high school in Philadelphia. His experiences were documented in a reality TV show called "Teach: Tony Danza," which aired on A&E. Danza later published a book about this year called "I'd Like to Apologize to Every Teacher I Ever Had: My Year as a Rookie Teacher at Northeast High."

Relationships: In 1970, Tony Danza married his first wife, Rhonda Yeoman, whom he met during college. During their four-year relationship, the couple had a son before divorcing in 1974. Their son Marc appeared in two episodes of "Taxi." In 1983, Danza and Yeoman got back together and had another child together. However, this relationship was short-lived, as Tony married his second wife Tracy Robinson in 1986. This marriage lasted for twenty years, during which Robinson and Danza had two children together. In 2006, they filed for divorce and by 2011 they had legally separated.

Real Estate: Property records show that in 2005, Tony Danza purchased a 1,046-square-foot condo in the Millennium Tower of Manhattan. He paid $1.7 million for the luxurious condo.

In 2008, Danza sold his property in the Sherman Oaks neighborhood of Los Angeles for an undisclosed price, although it had previously been listed for $6.15 million. The 6.778-square-foot residence sits on a 1.83-acre piece of land, and it had been constructed from the ground up by Danza.

After purchasing the home in 1986 from actor Robert Urich, Tony suffered a tragedy when the Northridge earthquake completely destroyed the house. He was forced to rebuild the home, and he included a number of custom features including a gunite pool, a tennis court, and a wine cellar. The property also offers stunning views of the surrounding canyons and mountains.

In 2014, Tony was finally able to sell his home in Malibu beach, having first listed the property back in 2011. Although Danza was hoping to sell the residence for approximately $9 million, he eventually settled for a price of $8 million. Built in 1949, the home features three bedrooms, 3,000 square feet of living space, and about 50 feet of glorious beachfront. He had initially purchased this home way back in 1987 for $1.15 million. 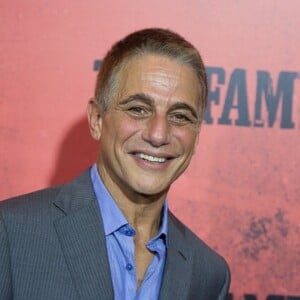