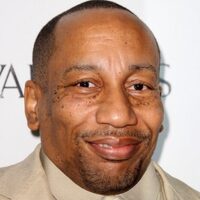 Tony Cox net worth: Tony Cox is an American actor who has a net worth of $2 million dollars. Born in New York, New York, Tony Cox, also known as Joseph Anthony Cox, began playing drums when he was in elementary school. He went on to attend the University of Alabama, where he planned to study music. However, he shifted his focus to acting after seeing the work of actor Billy Barty, who, like Mr. Cox, is a dwarf. He relocated to Los Angeles to study acting full-time, and began his professional career appearing in commercials and in supporting roles in film and television projects. He is most widely recognized for his work in the films, "Bad Santa" and "Date Movie". He also played an Ewok in "Star Wars: Episode IV" and in "Ewoks: The Battle for Endor", and appeared in "Willow", among many other projects. He is next slated to appear in the film, "Oz: The Great & Powerful".