Toni Collette Net Worth: Toni Collette is a critically-acclaimed Australian actress and singer who has a net worth of $18 million. Widely-praised for her acting abilities, Collette has established a strong reputation with countless independent film roles. She is also known for playing supporting characters in mainstream films, and she has won a number of awards and honors for her various performances.

Outside of film and television, Collette is an established theatre actress. For her acting achievements, Toni Collette has been nominated for Tony Awards and Academy Awards. She has also been honored with an Emmy Award and a Golden Globe Award, among other accolades. In addition, Toni is a talented singer who has released a number of tracks along with her husband Dave Galafassi.

Early Life: Toni Collette was born on November 1st of 1972 in Sydney, Australia. Raised in the suburbs of Glebe and Blacktown, Collette grew up in a family with limited income. While growing up, Toni enjoyed netball, tap-dancing, and swimming. She also nurtured an early passion for singing, and she appeared in school musicals.

At the age of 16, it was clear that a future acting career was waiting for Toni. She transferred to the Australian Theatre for Young People and focused entirely on drama. By 1991, she had been accepted into the National Institute of Dramatic Art, but she dropped out after her first year to appear in her major theatre role.

Career: After beginning her television career with a role on the series "Blah Blah Blah" in 1988, Collette appeared on shows like "A Country Practice," and continued to appear in a range of theatrical productions. In 1992, she appeared in her first film, a comedy called "Spotswood." Other cast members included Anthony Hopkins and Russell Crowe. Toni followed up in 1994 with "Muriel's Wedding," a film that was a commercial success with earnings of over $57 million at the box office.

In 1996, Collette appeared in films like "Cosi," "Lilian's Story," and "Emma." All three won her considerable praise from critics. After appearing in "Clockwatchers," Toni appeared in the film "Velvet Goldmine," which later became a cult hit. A major step forward came in 1999 when Collette booked an important role in the film "The Sixth Sense." The movie grossed over $670 million, and Toni received an Academy Award nomination for Best Supporting Actress.

In 2000, Toni appeared in "The Wild Party" before following up with "Shaft," "Dinner with Friends," "The Hours," and "About a Boy." For the most part, her performances were celebrated by critics. Another important role came with "Japanese Story" in 2003, and in 2006 she starred in "Little Miss Sunshine." A string of independent films followed before Collette transitioned to television with projects like "United States of Tara." By the end of the 2000s, she had moved back to film with roles in movies like "Jesus Henry Christ" and "Fright Night."

In 2019, she started appearing in the Netflix miniseries "Unbelievable," which became one of the streaming network's highest viewed series. After starring in the film "Dream Horse" in 2020, it was announced that Toni would star in a number of upcoming Netflix films.

Relationships: One of Toni's first widely-publicized relationships was with actor Jonathan Rhys Meyers, whom she met on the set of "Velvet Goldmine." They dated for one year, beginning in 1997. In 2002, Collette started dating drummer Dave Galafassi who is known for his work with the band Gelbison. In 2003, the pair were married in a traditional Bhuddist ceremony. Over the course of their relationship, they have had two children together. The family has lived in both Sydney and Los Angeles throughout the years.

Real Estate: In 2004, Colette and her husband purchased a home in the affluent neighborhood of Bellevue Hill in Sydney Australia for 5 million Australian dollars. In 2009, it was reported that Collette was selling this property for 6.5 million Australian dollars. The 5-bedroom home features Spanish-style construction and lies just a short distance from both downtown Sydney and Bondi Beach. Balconies overlook Sydney Harbor and a courtyard terrace. In addition, Toni and her husband purchased another property in Sydney back in 2003 and sold it for $1.6 million in 2008.

In 2011, it was reported that Toni Collette had acquired another property in Sydney. She paid $6 million on a five-bedroom, Victorian-style home in the neighborhood of Paddington. This was immediately after she had spent $5.5 million on a property in nearby Bronte. After this purchase, the couple realized that their planned renovations would cost far too much to be feasible, prompting them to move to Paddington instead. Described as "palatial" by some sources, this Paddington property allowed Toni and her husband to move in without worrying about renovations.

But there was one final twist in this real estate story. When the day came to pay the final installment and take possession of their new Paddington home, Collette and Galafassi pulled out of the deal. They simply didn't have the money. As anyone in the real estate business will tell you, this is grounds for legal action – and that's exactly what the sellers pursued against Collette and her husband. Although these sellers were able to offload their home for the reduced price of $5.5 million two years later, they sued Collette for over $800,000 for their losses. While the Court of Appeal reduced the bill by $200,000 Collette was still ordered to pay $600,000 in damages to the sellers. In 2015, Toni finally managed to sell her Bronte home for $5.75 million in an off-market deal.

In 2012, Toni Collette listed her Los Angeles home for $1.325 million. Just 18 months earlier, Toni and her husband had purchased the home for $1.33 million, so this real estate represented a net loss for the couple. The 2,136-square foot home features three bedrooms, a detached pool house, and French doors. 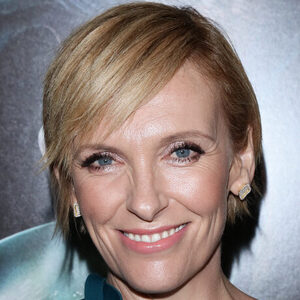