How much is Tommy Wiseau Worth?

Tommy Wiseau net worth: Tommy Wiseau is an actor, director, screenwriter, and producer who has a net worth of $4 million. Tommy Wiseau may have been born in the US, Poland or in France. Nobody, not even those close to him, actually knows. He allegedly spent most of his formative years in New Orleans, Louisiana, but has traveled back and forth between Louisiana and France for most of his life. His birthday is generally believed to be October 3, 1955.

He is most widely recognized for his 2003 film, "The Room", which has become a cult favorite. The film was a massive critical failure, but subsequently became a social phenomenon. Multiple groups have scheduled late-night showings of the movie involving costumes and interactive dialogue around the world. Since then, he has appeared on "Tim and Eric Awesome Show, Great" Job!", and has released another film entitled, "The House That Drips Blood on Alex".

Tommy also wrote, directed, and starred in the pilot for "The Neighbors". The project was not picked up by any networks. In 2014, Seth Rogen's production company announced that it had acquired the rights to a script called "The Disaster Artist" which is based on a book of the same name which was written by Tommy's Room co-star Greg Sestero. Production on the film, which stars James Franco as Tommy, began in December 2015 and ended in January 2016. The film was meet with extremely positive critical response and was released in December 2017 theater release. At South by Southwest, the film received a standing ovation. As of this writing, the movie has a 93% approval rating on Rotten Tomatoes. The movie generated $30 million at the box office.

Real Estate: If "The Disaster Artist" is to be believed, Tommy owns apartments in Hollywood and San Francisco. The main real estate we were able to find in public records is a 15,000 square-f0ot commercial building in San Francisco located at 555 Beach Street. The building is owned by the "Thomas P Wiseau Revocable Tr". The building is worth an estimated $2-4 million depending on market rates.

Documentary Lawsuit: In May 2020, Tommy was ordered to pay two Canadian documentary makers $700,000 in damages. The filmmakers had hoped to release an unauthorized documentary about Wiseau titled "Room Full of Spoons" in 2017 around the time "Disaster Artist" was released. Tommy obtained an injunction that prevented them from releasing the doc on copyright violation allegations. 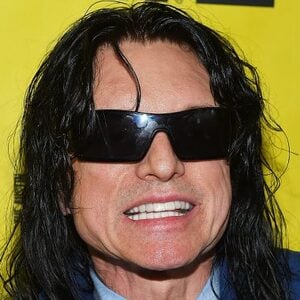