Tommy Lister Net Worth: Tommy Lister was an American character actor and a former wrestler who had a net worth of $100 thousand at the time of his death in 2020. Also known as Tommy "Tiny" Lister, he was known for appearing in movies like "The Fifth Element" and "Friday". The nickname "Tiny" was an ironic joke based on his 6'5 height and large stature. Tragically, Tommy died on December 10, 2020 at the age of 62.

Early Life: Tommy was born on June 24, 1958 in Pine Bluff, Arkansas. He was born blind in his right eye. Tommy grew up in Compton, California. He attended Palomar Junior College then transferred to California State University, Los Angeles where went on to become  the NCAA Division II National Shot Put Champion in 1982. Today the university's athletic department sponsors an annual track meet held in Lister's name.

Wrestling: After college he landed a spot USFL football team but was cut after two exhibition games. At this point he decided to focus on wrestling acting. In 1989 he landed the role of Zeus in the Hulk Hogan film "No Holds Barred". The movie was produced by Vince McMahon's World Wrestling Federation.

After the film, Tommy dove full-time into the WWF world as Zeus. He fought against or with many of the WWF's biggest super stars including Jake "The Snake" Roberts, Randy Savage and Ted DiBiase. Tommy fought in the WWF from 1989 to 1990.

Between 1990 and 1996 he bounced around several wrestling organizations including World Championship Wrestling (WCW).

Acting: In 1995 Tommy became a cult icon thanks to his role of Deebo in the Ice Cube film "Friday". He reprised the role for 2000's sequel "Next Friday". In 1997 he earned icon status again when he appeared as the Galactic President in the Bruce Willis/Milla Jovovich/Chris Tucker action film "The Fifth Element". In 1998 he appeared in "The Players Club" which was Ice Cube's directorial debut.

Other Tommy Lister film credits include "The Dark Knight", "Austin Powers in Goldmember" and "Little Nicky". He also famously appeared as Sancho in the 1997 music video for "Santeria" by Sublime.

Legal Troubles: On August 31, 2012 Tommy pleaded guilty to conspiring to commit mortgage fraud. Lister and several others acquired four properties in LA between November 2005 to June 2007, with false bank statements. The group ended up with $5.7 million worth of mortgages. They then proceeded to withdraw over $1 million worth of home equity loans. They quickly defaulted on the mortgages which ultimately led to $3.8 million dollars in losses for several unsuspecting lenders.

He married Felicia Forbes in January of 2003 and they have one child. 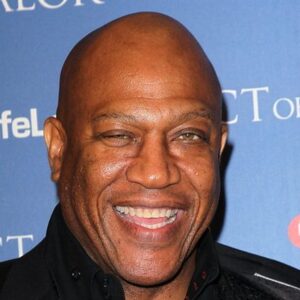