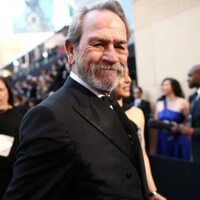 What is Tommy Lee Jones' Net Worth and Salary?

Tommy Lee Jones is an American actor who has a net worth of $100 million. Tommy Lee Jones is, without doubt, one of the most recognizable faces in Hollywood. He has starred in many memorable films over the course of his career. Tommy Lee Jones is perhaps best known for his roles in Western films, often playing a rancher, a ranger, a cowboy, or some combination of all three. That being said, he is also an incredibly versatile actor. Jones has received numerous awards and heaps of praise from critics during his career.

The award-winning actor-director, who was the college roommate of Al Gore(!), grew up in Texas, and began his professional acting career just after graduating from Harvard University. He made his Broadway debut in 1969, and his film debut in, "Love Story", a year later. From then on, he moved between theater, film, and television work continuously, and has not stopped since. He is most widely recognized for his performances in multiple critically and commercially successful films, including "JFK", "The Fugitive", "Natural Born Killers", the "Men in Black" franchise, "No Country for Old Men", "Captain America: The First Avenger", and "Lincoln", for which he received his fourth Oscar nomination.

Tommy Lee Jones was born on September 15th of 1946 in San Saba, Texas. His parents had an on-and-off relationship, marrying and divorcing twice over the course of their relationship. Raised in Midland, Texas, Tommy eventually attended Harvard College on a scholarship.

During his time at college, he shared a dorm room with Al Gore and played guard on Harvard's football team. He was part of the team that went undefeated in 1968 and tied Yale in a stunning, last-minute comeback. Jones later described the game as "the most famous football game in Ivy League history." 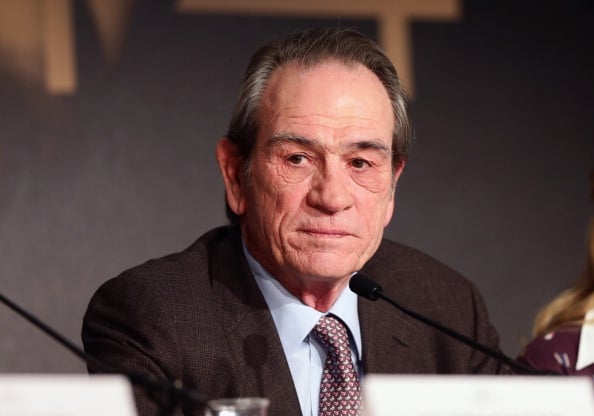 By 1969, Tommy Lee Jones had set his sights on an acting career. He moved to New York City to audition for Broadway plays, gaining his first role that year in A Patriot For Me. His first film role came shortly thereafter with Love Story in 1970. After another Broadway appearance with 1971's Four on a Garden, Jones appeared on the soap opera One Life to Live. After gaining another theater role in 1974's Ulysses in Nighttown, he booked the lead role and played the famous, real-life entrepreneur in the TV movie The Amazing Howard Hughes.

Over the next period, Jones appeared in films like Jackson County Jail, Rolling Thunder, The Betsy, Back Roads and Eyes of Laura Mars. He also earned a Golden Globe nomination after playing a major role in the Loretta Lynn biographical musical Coal Miner's Daughter. By 1983, he was starting to become a bigger star. That year, he received an Emmy Award after playing a murderer in the TV adaptation of the novel The Executioner's Song. He followed up with a role in the film Nate and Hayes before earning another Emmy nomination for his performance in Lonesome Dove. Tommy played a Texas Ranger in the television miniseries.

Jones took his career even further in the 90s. In 1993, Tommy starred in the film The Fugitive, winning an Academy Award for Best Supporting Actor in the process. He also starred in blockbusters such as Batman Forever and Men in Black, cementing his position as one of Hollywood's best supporting actors. However, he was still booking lead roles in movies like 1994's Ty Cobb biopic, Cobb. Back in 1991, Tommy Lee Jones had been nominated for a potential second Oscar for his role in JFK. In addition, he booked roles in films like Under Siege, Natural Born Killers, and The Client in what became one of his busiest decades as an actor.

In 2000, Tommy Lee Jones appeared alongside Clint Eastwood in Space Cowboys. In 2005, he directed the movie The Three Burials of Melquiades Estrada, his first attempt at a theatrical release. The film was initially presented at the Cannes Film Festival, and it received positive reviews from critics. Jones also starred in the film and subsequently received two Best Actor awards at the Cannes Film Festival.

2007 was a busy year for Jones. First, he was nominated for an Academy Award for his performance in In the Valley of Elah. Then, he starred in the cult classic neo-western No Country for Old Men. In 2010, his performance was praised once again when he appeared alongside Ben Affleck in The Company Men. Next year, he booked a role in Captain America: The First Avenger.

2012 saw Tommy reprise his former role in Men in Black 3. He also starred in the romantic comedy Hope Springs. Jones wrapped up 2012 with another memorable role in the film Lincoln. Once again, he was nominated for an Academy Award for Best Supporting Actor. 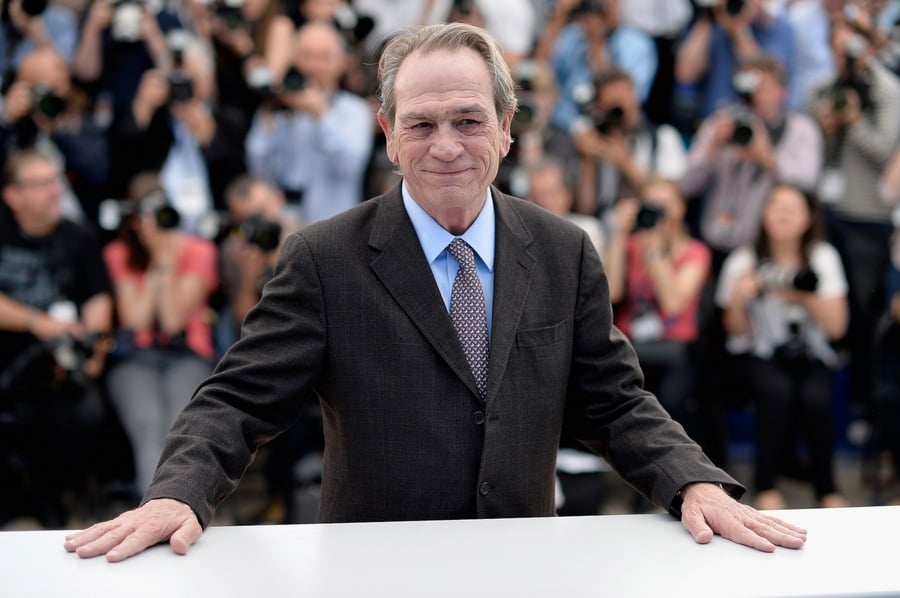 Tommy Lee Jones has established quite a reputation for himself in Japan as the spokesperson for Suntory. Since 2006, he has appeared in a series of Suntory commercials as a character called "Alien Jones." These hilarious commercials involve Jones "checking in" on humanity's progress as an alien with special powers.

His first marriage was to Kate Lardner from 1971 to 1978. During his second marriage to Kimberlea Cloughley, he fathered two children. In 2001, he married Dawn Laurel, his third wife.

Jones is a fluent Spanish speaker. He also enjoys playing polo and is an avid supporter of the San Antonio Spurs. He endorsed his old roommate, Al Gore, at the 2000 Democratic National Convention.

In 2002, Tommy purchased separate parcels of land in Wellington, Florida for $4.62. He then combined them into one massive estate spanning 50 acres with miles upon miles of horse trails. In addition, there's an 11,000-square-foot, 4-bedroom house on the property with all the amenities a major celebrity might need. The main house features a state-of-the-art kitchen, hardwood floors, and floor-to-ceiling windows on all sides. Tommy Lee Jones' house also comes with a regulation-sized polo field, where he often plays polo with his local team. There are also 48 stalls to accommodate the many horses that frequent the ranch for matches. Surrounding the main structure of Tommy Lee Jones' house, there are also multiple horse trails.

In 2013, Tommy put this estate on the market for $26.75 million. Six years later, he took a more realistic approach, relisting the property for a slashed price and eventually settling on a fee of $11.5 million. It was a far cry from the $26.75 million he was hoping for, but the real estate deal still represents an impressive profit margin for the veteran actor.