Tommy Gunn net worth: Tommy Gunn is an American adult film actor who has a net worth of $2 million. Tommy Gunn was born Thomas Joseph Strada in Cherry Hill, New Jersey in 1967. Tommy took up bodybuilding and worked for ten years as a male stripper. At some point, adult star Brad Armstrong took him under his wing.

Tommy started his adult career in 2004 and won the AVN Best Male Newcomer award in 2005. He also won an XRCO Award for New Stud. IN 2006 he won two AVN Awards, an Eroticline Award, and a NightMoves Award. In 2007 he won four AVN Awards and an XRCO Award. In 2008 he won a NightMoves Award and in 2009 he was inducted into the NightMoves Hall of Fame. In 2011 Gunn won a NightMoves Award and an XBIZ Award. Tommy was married to fellow adult star Rita Faltoyano from 2005 to 2008. Aside from appearing in adult movies, he has also starred in an episode of the TV series Entourage and in the 2012 horror film Wolves. He launched his own underwear line in 2012. He has appeared in over 1000 adult films. Tommy has also directed a handful of films. 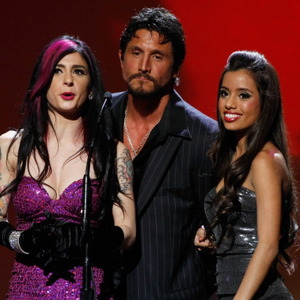