How much is Tommy Flanagan Worth?

Tommy Flanagan net worth: Tommy Flanagan is a Scottish actor who has a net worth of $3 million dollars. Tommy Flanagan was born in Glasgow, Scotland in July 1965. While working as a DJ at a nightclub he was attacked and suffered facial scars from a knife. He worked for three years in Robert Carlyle's Raindog Theatre. His first appearance came in the TV show Screen One in 1992. His first film role came as Morrison in the 1995 movie Braveheart. One of Flanagan's best known roles came as Flip "Chibs" Telford on the television series Sons of Anarchy from 2008 to 2013. He has starred in the movies The Saint, Face/Off, The Detail, The Game, Plunkett & Macleane, Ratcatcher, Gladiator, Sunset Strip, Strictly Sinatra, Dead Dogs Lie, All About the Benjamins, Charlie's Angels: Full Throttle, Trauma, AVP: Alien vs Predator, Sin City, When a Stranger Calls, The Last Drop, Smokin' Aces, Hero Wanted, Luster, Officer Down, and Winter. Flanagan won a Copper Wing Award from the Phoenix Film Festival in 2002 and was nominated for a Screen Actors Guild Award in 2001. In 2010 he became the spokesperson for Irn-Bru, a Scottish soft drink. Tommy is married to Dina Livingston and the couple has a daughter together. 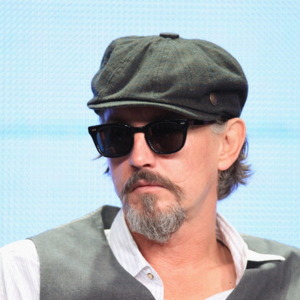