Tom Sullivan net worth: Tom Sullivan is an American actor, author, and motivational speaker who has a net worth of $5 million. He is probably most-famous for appearing in "M.A.S.H", followed by a number of shows in the 1980s and 1990s.

Tom Sullivan was born in Boston, Massachusetts, and became blind due to complications from his premature birth. He first gained notice for his acting work, which began with a guest-starring role on "M.A.S.H." in 1976. From there, he went on to guest starring, co-starring, and starring roles on such shows as "Airport '77", "Love's Dark Ride", "Mork & Mindy", "WKRP in Cincinnati", "Fame", "Knight Rider", "Aaron's Way", "Designing Women", "Highway to Heaven", "Powderburn", "Renegade", "Vows of Deception", "Beverly Hills, 90210", "Pensacola: Wings of Gold", and "Touched by an Angel". In addition to his acting work, he also sang the Star-Spangled Banner at Super Bowl X and the Indianapolis 500 in 1976, and wrote and performed the theme song, "All the Colors of the Heart", for "Highway to Heaven". He is the author of six books, one of which, "If You Could See What I Hear", was turned into a movie starring Marc Singer. 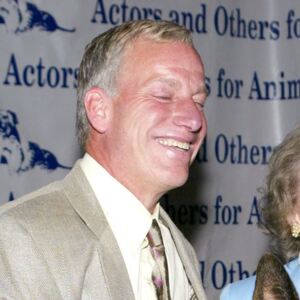