Tom Sizemore net worth: Tom Sizemore is an American actor and producer who has a net worth of $500 thousand. Sizemore is best known for turning in memorable performances in a variety of unhinged-personality and tough-guy roles in films like "Saving Private Ryan", "True Romance", "Natural Born Killers", "Heat" and others.

Tom Sizemore has accumulated his net worth through his many acting roles in television and films, as well as voice acting in videos and as producer of "The Genius Club".

Early Life: Born Thomas Edward "Tom" Sizemore, Jr. on November 29, 1961, in Detroit, Michigan. He has stated that he comes from French and Native American ancestry on his maternal side.

Sizemore's mother, Judith (née Schannault), was an active public servant (ombudsman). His father, Thomas Edward Sizemore, Sr., worked as a lawyer as well as a professor of philosophy. Tom Sizemore was raised in a Roman Catholic upbringing.

Film Career: Sizemore's earliest film appearances include Oliver Stone's "Born on the Fourth of July" in 1989 as well as "Lock Up", "Harley Davidson and the Marlboro Man", as well as the iconic film "Point Break".

His memorable turns in these films made an early name for Sizemore, and performances in films like "True Romance", "Natural Born Killers", and "Strange Days", highlight his early-to-mid 1990s work. Sizemore also worked in the independent drama realm, turning in performances in "Love Is Like That" alongside actress/model Pamela Gidley. Sizemore also had a memorable supporting role in Kevin Costner's "Wyatt Earp", playing Bat Masterson. Sizemore was nominated for a Saturn Award for Best Supporting Actor for his performance in "Heart and Souls" in 1993. Sizemore continued to rise to prominence a decade after he made his initial film and television debuts in the late 1980s by portraying tough law enforcement officials but also seedy, swarthy individuals.

After this period, a very fertile part of his career followed with strong turns as John Gotti in the miniseries "Witness to the Mob", which aired on NBC in 1998, as well as a loyal soldier in Steven Spielberg's "Saving Private Ryan", which many film enthusiasts consider among the best World War Two films ever produced.

He also continued to do work that was typical of his early film career with roles in "Pearl Harbor" (2001), alongside Ben Affleck, and Ridley Scott's "Black Hawk Down" (2001). Sizemore would also have a formidable voice role career with Sonny Forelli of "Grand Theft Auto: Vice City" being perhaps his most memorable. He also starred in "Ticker" (2001), which was an action feature film that was directed by Albert Pyun where Sizemore worked alongside Steven Seagal and Dennis Hopper.

One memorable TV appearance had more to do with Sizemore's extracurricular activities when he joined the cast of "Celebrity Rehab with Dr. Drew" on VH1 in 2010. During this time, Sizemore's life became more of a mess than a success. However, his film and TV work would continue with subsequent projects like the 2011 feature movie "Exit Strategy", as well as the CBS crime drama series "Hawaii Five-O".

Television Career: Even in the face of Sizemore's considerable legal troubles over the years, he's been able to maintain his presence in film and especially in television, gaining a career resurgence as a series regular in USA Network's action programmer "Shooter" (2016) with Ryan Phillippe. Sizemore also appeared in David Lynch's famed "Twin Peaks" revival miniseries as insurance agent Anthony Sinclair.

Legal Troubles: It's true that playing tough guys on screen brought him fame but playing the same role in real life has brought Sizemore nothing but legal troubles. In 1995, he was sent to drug rehab when his Heat co-star Robert De Niro staged an intervention and propelled the actor down the road of sobriety for a period of time.

Sizemore's work has been continuously disrupted with a series of legal entanglements involving domestic abuse and possession of illegal drugs. On top of everything, he went through the humility of a sex tape being leaked on the net, while complaining he didn't see a penny for his work.

Unfortunately for Sizemore, he is perhaps remembered by many mainstream popular culture enthusiasts for his conviction in 2003 for domestic violence against Heidi Fleiss, former "Hollywood Madam". Sizemore was sentenced to seven months in jail as well as four months in drug treatment. Ironically, Fleiss would actually appear on television with Sizemore after her restraining order against him had lapsed in "Celebrity Rehab with Dr. Drew" during its third season in 2010. In the episode, Sizemore's relationship with Fleiss appeared to be amicable, although Fleiss and Sizemore would have a memorable verbal spar during the show's graduation ceremony.

In February of 2017, Sizemore would plead no contest to two charges of domestic abuse, this time for assaulting his girlfriend. Sizemore was sentenced to 36 months of summary probation, not to mention 30 days of community service. Sizemore was also ordered to complete a domestic violence program for the amount of one year and pay a variety of fees. This deal was given to Sizemore in lieu of him spending 210 days in jail for his actions. 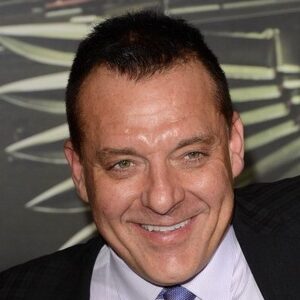