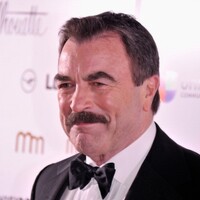 What is Tom Selleck's Net Worth and Salary?

Tom Selleck is an American actor and producer who has a net worth of $45 million. Tom Selleck is one of the most recognizable figures in Hollywood, having acted in a range of television series and films. He is perhaps best known for his early roles in the 80s, although his career has spanned multiple decades. In 2010 he began starring on the television series Blue Bloods. He earns $200,000 per episode of Blue Bloods which works out to around $5 million per season.

Thomas William Selleck was born on January 29th of 1945 in Detroit, Michigan. Partway through Tom's childhood, his family relocated to Sherman Oaks, California. Tom was raised alongside three siblings, and he graduated from high school in 1962. Although he initially lived with his parents as he attended Los Angeles Valley College, he later won a basketball scholarship to the University of Southern California.

While studying there, he majored in Business Administration, but had a change of heart when a teacher encouraged him to try acting. By his senior year, Selleck had dropped out to pursue a career in acting. During this period, Selleck was also drafted into the U.S. Military as part of the Vietnam conflict. Because of this, Selleck served in the California National Guard from 1967 to 1973.

Tom Selleck's early career was largely defined by commercial appearances. He became a recognizable face after appearing in television ads for Coca-Cola, Revlon's Chaz Cologne, Dubonnet, Right Guard Deodorant, and Close-Up toothpaste. Perhaps the most notable of his TV commercials was with Marlboro as "The Marlboro Man." As the years went by, Selleck started to carve out a presence in television and film. After landing small roles, Selleck made a breakthrough with a recurring role in The Rockford Files. In 1979, Tom Selleck mirrored his real-life outdoorsy nature with a role as a cowboy in the film The Sacketts.

In 1980, Tom Selleck landed the role that made him famous in the hit TV series Magnum P.I. The show continued for eight seasons, and it was shot in Hawaii. In 1984, Tom Selleck won an Emmy for Outstanding Lead Actor in a Drama Series as a result of his performances in the show. Magnum P.I. became an iconic part of the 80s, and fans around the world grew familiar with Selleck's characteristic moustache, Hawaiian shirt, and Ferrari. Even after the show came to an end, Magnum P.I. became the most popular syndicated rerun in history.

While Selleck was still acting in Magnum, he made time to appear in films like Runaway and Three Men and a Baby.

Following Magnum P.I., Tom Selleck gained further fame after appearing in films such as Quigley Down Under, An Innocent Man, In & Out, and The Love Letter. He also returned to television in memorable fashion after landing a recurring role in the sitcom Friends. In the show, Selleck portrayed Monica's ex-boyfriend. For his performance on the show, he was nominated for an Emmy Award in 2000 for Best Guest Actor in a Comedy Series.

Tom Selleck attempted to make a comeback with a leading television role in 1998, heading up the sitcom Closer. However, the series was canceled after just ten episodes because of low ratings. After appearing in a slew of Westerns and other movies, Selleck had more luck with a series of made-for-TV movies based on the character Jesse Stone from novels by Robert B. Parker.

Another success story came when Selleck joined the cast of NBC's Las Vegas, his first major recurring TV role since Magnum P.I. In 2010, he also started appearing in the police drama Blue Bloods. Selleck plays the Police Commissioner in the series. He also appeared in Boston Legal. 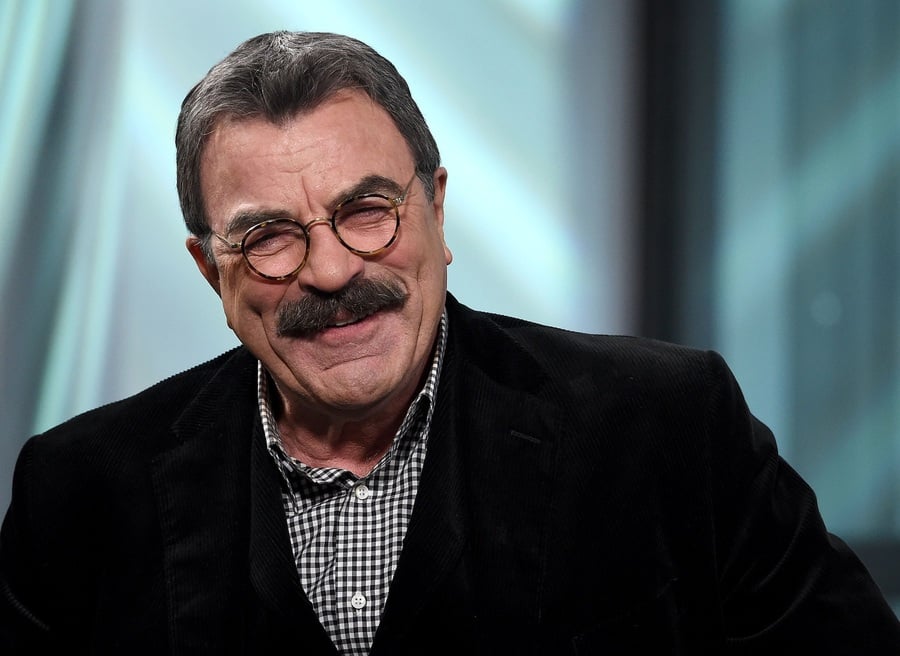 Tom Selleck is an avid outdoorsman and shooter, and he's an outspoken member of the NRA. He is also very interested in sports, both as a participant and a fan. Selleck is a skilled volleyball player and closely follows NHL hockey.

In 1993, Tom Selleck purchased a home in Hawaii for an undisclosed fee. He lived in the home for many years with his wife and daughter before selling it in 2001 for $2.48 million. The property was renovated in many interesting ways by Selleck. He installed a private movie theater inside the cottage where he and his Magnum P.I. co-stars would watch the dailies after a long filming session. The property also features a concrete "safe room" with a bank vault door.

In 1988, Tom Selleck purchased a ranch in Ventura, California for a little over $5 million. Selleck has revealed that he does farm work on the ranch to "keep himself sane," but the property has more than its fair share of luxurious features. There's a heliport, tennis courts, swimming pools, and a golf course (complete with a practice green, of course).

Prior to buying his ranch, Selleck bought an apartment in Los Angeles. He worked with James Blakely III to turn this 1,800-square-foot condo into a rustic living space that looks almost like an Edwardian country villa – except for the fact that it's an apartment.