How much is Tom Payne Worth?

Tom Payne net worth and salary: Tom Payne is an English actor who has a net worth of $6 million. Tom Payne is probably best known for his role on AMC's "The Walking Dead," on which he played Paul "Jesus" Rovia. His younger brother, Will Payne, is also a well-known actor.

Early Life: Tom Payne was born on the 21st of December, 1982, in Chelmsford, England. His family later moved to Bath, where he was raised by his mother, Sue Bide, and his father, Jeremy Payne. Tom Payne showed an interest in acting and drama from a young age, and he was heavily involved with his secondary school's drama department. After graduating, he attended the Royal Central School of Speech & Drama, a prominent acting school in London.

Early Career: Immediately after graduating from acting school in 2005, Tom Payne booked his first major role in a film called "Miss Pettigrew Lives for a Day." In 2007, Tom Payne managed to book a recurring role on BBC's "Waterloo Road." The drama centered around students attending secondary school, and Tom Payne's youthful appearance helped him play a 17-year-old despite being 24 years old at the time. In the next few years, Tom Payne booked considerable roles in well-received films that aired on British television.

By 2010, Tom Payne was considered one of Britain's most promising up-and-coming actors, and he joined the cast of "Luck," an HBO series in which he played a horseracing jockey. In 2012, he rubbed shoulders with acting legends Ben Kingsley and Stellen Skarsgard when he booked the lead role in the film "The Physician."

Arguably, Tom Payne's biggest break came when he booked a recurring role in "The Walking Dead" for its sixth season, which aired in 2015 and 2016. He then took on a more prominent role in the seventh season of the show, continuing on as a series regular until the ninth season, during which his character was killed off. "The Walking Dead" exposed Tom Payne to a more international audience and helped launch him toward even greater fame and success. He also appeared in "Fear The Walking Dead" in 2018. Allegedly, Tom Payne had dreams of zombies and felt "haunted" by some of his experiences while working on the set of "The Walking Dead."

After his appearance in "The Walking Dead," Tom Payne went on to land further prominent roles in various television series. Perhaps one of the most notable examples was 2019's "Prodigal Son," a series in which he played a serial killer's son. Tom Payne has stated that the dark elements of "The Walking Dead" helped him prepare for the horrific themes explored in "Prodigal Son," especially in regards to murder and death. Tom Payne also worked as a voice actor, most notably in 2019's science fiction film, "IO."

Personal Life: In 2013, Tom Payne started dating Jennifer Akerman, a well-known model, blogger, and singer from Sweden. In an interview during the production of "The Walking Dead," Tom Payne revealed that the couple is engaged to one another. In the past, he dated a woman named Heather Hollingwood. 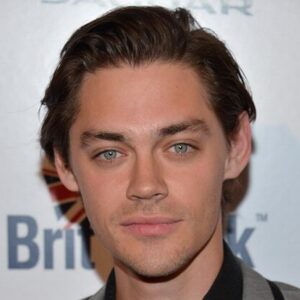