Tom Mison Net Worth: Tom Mison is an English actor, voice artist, and writer who has a net worth of $4 million dollars. Thomas James Mison was born in London, England in July 1982. He is best known for his role as Ichabod Crane on the television series Sleepy Hollow.

He participated in the American Conservatory Theater's Young Conservatory program. Mison worked in theater from 2004 to 2012 and starred in Hamlet. He has also written several stage monologues. His first screen role came in the TV movie Mysterious Island in 2005. In 2006 he had a recurring role in the series The Amazing Mrs. Pritchard. Mison has starred in the TV mini-series Lost in Austen and Parade's End. He has appeared on episodes of Secret Diary of a Call Girl, Agatha Christie: Poirot, Lewis, Masterpiece Mystery, and New Tricks. Mison has starred in the films Venus, Heroes and Villains, One Day, Salmon Fishing in the Yemen, Jadoo, and Dead Cat. His best known role started in 2013 as Ichabod Crane on the Fox series Sleepy Hollow. He is nominated for a Teen Choice Award for Choice TV: Male Breakout Star in Sleepy Hollow in 2014. Tom married Charlotte Coy in 2014. 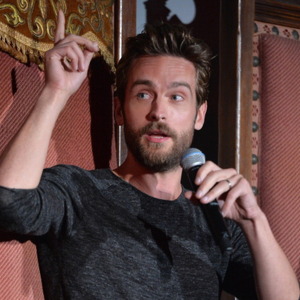