Tom McGowan net worth: Tom McGowan is an American actor who has a net worth of $2 million. He is best known for his work on Broadway and his recurring role on the TV series Frasier.

Tom McGowan was born in Belmar, New Jersey in July 1959. He was nominated for a Tony Award in 1991 for Best Actor in a Play as well as the Drama Desk Award for Outstanding Actor in a Play for La Bête on Broadway. He also starred on Wicked on Broadway and in Casa Valentina as well as She Loves Me and Kiss Me Kate. From 1992 to 1993 he starred as Eddie Cheever on the television series Down the Shore. McGowan had a recurring role as Kenny on the TV series Frasier from 1998 to 2004. From 1996 to 2004 he had a recurring role on the series Everybody Loves Raymond as Bernie. Tom McGowan starred as Joe on the television series The War at Home from 2005 to 2007. In 2017 he starred as Jax Rindell on the TV series The Good Fight. McGowan has appeared in films including The Last of the Mohicans, Captain Ron, Searching for Bobby Fischer, Sleepless in Seattle, Heavyweights, The Birdcage, As Good as It Gets, Bean: The Movie, Ghost World, Bad Santa, and more. 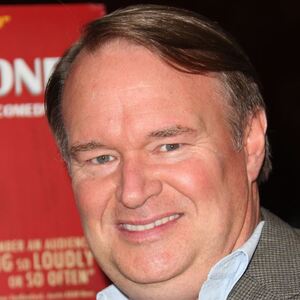