Tom Laughlin net worth: Tom Laughlin was an American director, actor, writer, producer, and political activist who had an estimated net worth of $5 million dollars. Born in Minneapolis, Minnesota, Tom Laughlin attended college at both the University of Wisconsin and Marquette University. He discovered a passion for performance while at Marquette, and subsequently transferred to University of South Dakota, where he graduated with a degree in Radio Acting, Directing, and Producing. He began his professional career with a role on the television series, "Climax!". From there, he went on to appear in such projects as, "Lafayette Escadrille", "Tea and Sympathy", and "South Pacific". However, it was his work as a writer-director that would bring him the most lasting fame. His film, "The Born Losers", released in 1967, was a surprise hit. The follow-up was another independent project entitled, "Billy Jack". This film would catapult him into stardom, and he went on to direct multiple successful sequels. Since the late 70s, his ability to work has been hampered by illness and legal troubles. Tom Laughlin died on December 12, 2013 at the age of 82. He had previously been diagnosed with cancer of the tongue but ultimately succumbed to pneumonia at a hospital in Thousand Oaks, California. He was married to Delores Taylor since 1954 and the couple had three children together. 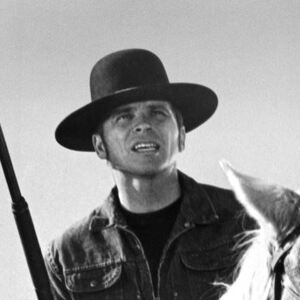