Tom Hopper net worth: Tom Hopper is an English actor who has a net worth of $5 million. Tom Hopper was born in Coalville, Leicestershire, England in January 1985. From 2010 to 2012 he starred as Sir Percival on the television series Merlin. From 2014 to 2017 Hopper starred as Billy Bones on the TV series Black Sails. In 2017 he starred as Dickon Tarly on the series Game of Thrones. Hopper has starred in the films Saxon, Tormented, Cold, Northmen: A Viking Saga, and Kill Ratio. He has also appeared in episodes of the TV series Casualty, Kingdom, Doctors, Doctor Who, Good Cop, and Barbarians Rising. He graduated with honors from Rose Bruford College where he studied acting. Hopper has starred in stage productions of The Tempest, Festen, The Way of the World, and As You Like It. In 2006 he was voted Expert Choice by The Stage at the Rose Bruford Acting Showcase. 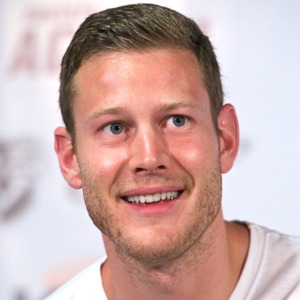