He won the Ian Charleston Award in 1992 for acting in The Way of the World. He made his first screen appearance in the 1981 TV movie John Diamond. From 1993 to 1995 Hollander starred as Jonathan in the TV series Harry. Since 2010 he has starred as The Reverend Adam Smallbone in the series Rev. Holland has had recurring roles in the television series Absolutely Fabulous, Wives and Daughters, Cambridge Spies, The Company, Freezing, Headcases, Desperate Romantics, Any Human Heart, and Ambassadors. He has provided voice work for the TV series American Dad. He has starred in the movies Enigma, Possession, Paparazzi, The Libertine, Pride & Prejudice, Pirates of the Caribbean: Dead man's Chest, Pirates of the Caribbean: At World's End, Valkyrie, In the Loop, and The Soloist. Hollander has won a Satellite Award and a Screen Actors Guild Award as well as two Broadcasting Press Guild Awards. 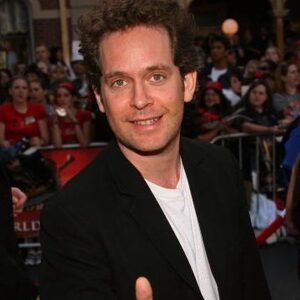