What is Tom Hiddleston's Net Worth and Salary?

Tom Hiddleston is a British actor who has a net worth of $40 million. Tom Hiddleston began his professional acting career while he was a student at the University of Cambridge after he caught the attention of an agent who saw him in a production of "A Streetcar Named Desire."

Tom Hiddleston was born Thomas William Hiddleston on February 9, 1981, in Westminster, London, England. His mother, Diana, a former stage manager, worked as an arts administrator, and his father, James, was a physical chemist. Tom grew up in Wimbledon with sisters Emma and Sarah, and after the family moved to a town near Oxford, Hiddleston attended the Dragon School; he previously attended a boarding school called Windlesham House School. James and Diana divorced when Tom was 12 years old, and the following year, he began boarding at Eton College. Hiddleston later enrolled at the University of Cambridge, where talent agent Lorraine Hamilton saw him in a production of "A Streetcar Named Desire" and signed him. After graduating with a double first in Classics, Tom attended the Royal Academy of Dramatic Art in London, earning a Bachelor of Arts in Acting in 2005. 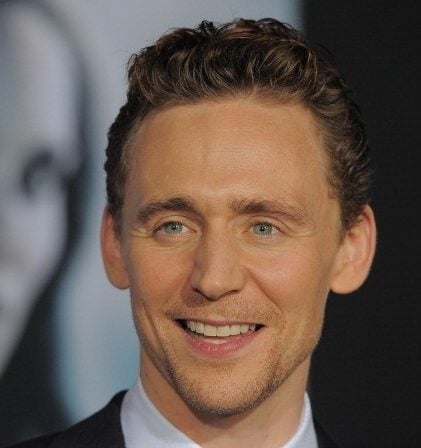 Hiddleston followed the success of "Thor" with 2012's "The Deep Blue Sea" and 2013's "Only Lovers Left Alive" and "Exhibition," and he had a cameo as the Great Escapo in 2014's "Muppets Most Wanted." He also lent his voice to "Robot Chicken" (2012) and "Family Guy" (2013), appeared in the 2012 television films "Henry IV Part I and Part II" and "Henry V," and played the title role in a 2013 stage production of "Coriolanus." In 2015, Tom starred in Guillermo del Toro's "Crimson Peak," appeared in the dystopian film "High-Rise," and portrayed country music star Hank Williams in the biopic "I Saw the Light." In 2016, he co-starred with Hugh Laurie on the BBC One/AMC series "The Night Manager," which earned him a Golden Globe; he also served as an executive producer on the show. In 2017, Hiddleston appeared in "Kong: Skull Island," which brought in $566.7 million at the box office, and played Hamlet in a Kenneth Branagh-directed production of the Shakespeare play that raised money for the Royal Academy of Dramatic Art. In recent years, Tom has starred in "Betrayal" on Broadway (2019) and narrated the Apple TV+ documentary series "Earth at Night in Color" (2020). Hiddleston is set to voice Loki on the 2021 Disney+ show "What If…?" and star in the Netflix series "White Stork."

Tom dated actress Susannah Fielding from 2008 to 2011 and singer Taylor Swift in 2016. In July 2020, it was reported that he was in a relationship with "Betrayal" co-star Zawe Ashton and that she was living with Hiddleston in his home in Atlanta, where he films the "Loki" TV series. Tom also owns a home in London, and he has served as a UK ambassador for UNICEF. In his role as an ambassador, Hiddleston traveled to Guinea in an effort to raise awareness about malnutrition and hunger in 2013, and in 2015 and 2016, he went to South Sudan to see how the civil war was affecting the country's children. Tom said of his visits to South Sudan, "Everyone I've met has experienced traumatic events that no one – least of all a child – should ever have to go through…I've seen things in South Sudan that will stay with me forever." Hiddleston has supported numerous charitable organizations, such as Starlight Children's Foundation, Comic Relief, Amnesty International, and Red Nose Day USA. Tom is a feminist and has donated to the TIME'S UP UK Justice and Equality Fund. He is also an Illuminating BAFTA Ambassador.

Hiddleston's performance on "The Night Manager" earned him a Golden Globe for Best Performance by an Actor in a Limited Series or Motion Picture Made for Television in 2017 as well as nominations from the Primetime Emmys, Critics Choice Television Awards, Gold Derby Awards, National Television Awards, Online Film & Television Association, and Satellite Awards. The Empire Awards honored Tom with a Hero Award in 2017 and named him Best Male Newcomer for "Thor" in 2012, and he received a Russian National Movie Award for Best Foreign Villain of the Year for "Thor: The Dark World" in 2014. Hiddleston and several of his "The Avengers" castmates won an MTV Movie Award for Best Fight in 2013, and he was named Best Villain that year. For his work on the stage, Tom won a Laurence Olivier Award for Best Newcomer in a Play for "Cymbeline" in 2008, a Ian Charleson Award Third Prize in 2008, a Theatregoers' Choice Award for Best Supporting Actor in a Play for "Othello" and "Ivanov" in 2009, an Evening Standard Theatre Award for Best Actor for "Coriolanus" in 2014, and a BroadwayWorld UK Award for Best Actor in a New Production of a Play for "Betrayal" in 2019; "Betrayal" also earned him a Tony nomination for Best Performance by an Actor in a Leading Role in a Play. 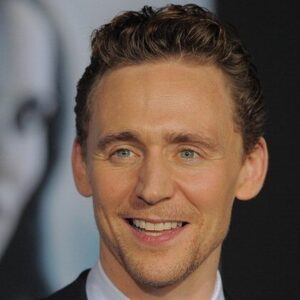