Tom Everett Scott Net Worth and salary: Tom Everett Scott is an American film, theatre and television actor who has a net worth of $4 million. Tom Everett Scott was born September 7, 1970 in Bridgewater, Massachusetts. He acted in high school plays, but did not plan to continue acting after high he graduated. Scott enrolled in communications at Syracuse University in 1988 and during his sophomore year went down to the theater and saw people "jumping around being idiots—and I thought, 'This is my home. This is where I should be.'" Tom changed his major to drama, and upon graduating, moved to New York City where he waited tables and eventually founded a theater company with three college buddies called "aTheaterco". His notable film work includes a starring role as drummer Guy Patterson in the film That Thing You Do! (1996) and as detective Russell Clarke in Southland. Also of note are his roles in the film An American Werewolf in Paris (1997) as well as Dead Man on Campus (1998). He also co-starred with Kate Capshaw and Tom Selleck in The Love Letter (1999). Scott went on to land a recurring role on the television series ER (2002–2003). He starred in Saved (2006), a medical-drama series and appeared as one of Mandy Moore's boyfriends in the comedy film Because I Said So (2007). He appeared in a Broadway-theatre production as the closeted film star Mitchell Green in the comedy The Little Dog Laughed and as Zip in an Off-Broadway production of The Country Club. In 2008, he starred as Jack Cutting on the ABC television network's brief comedy-drama series Cashmere Mafia. 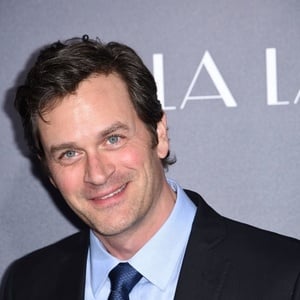