From 1969 to 1970 Bosley starred as Bob landers in the television series The Debbie Reynolds Show. In 1972 he starred as Bert Quinn in the TV series The Sandy Duncan Show. Bosley starred as Harry Boyle in the series Wait Till Your Father Gets Home from 1972 to 1974. One of his best known roles came starring as Howard Cunningham on the television series Happy days from 1974 to 1984. From 1984 to 1988 Bosley starred as Sheriff Amos Tupper in the TV series Murder, She Wrote. From 1989 to 1991 he starred as the title character in the series Father Dowling Investigates. Bosley also won a Tony Award for Best Performance by a Featured Actor in a Musical for starring in the Broadway musical Fiorello!. Tom Bosley passed away on October 19, 2010 at 83 years old from complications of a staph infection. 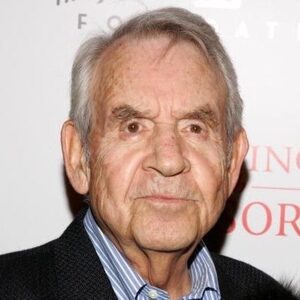