What is Tom Berenger's Net Worth?

Tom Berenger is an American actor who has a net worth of $4 million. Tom Berenger is best known for his performances in such films as "Platoon," "The Big Chill," "The Field," "Gettysburg," and "One Man's Hero." He is also well known for his roles in the "Major League" and "Sniper" film series. On television, Berenger's credits have included the soap opera "One Life to Live," the drama series "October Road," and the Western miniseries "Hatfields & McCoys."

Tom Berenger was born as Thomas Michael Moore on May 31, 1949 in Chicago, Illinois. He is of Irish-Catholic ancestry, and has a sister named Susan. As a teen, Berenger went to Rich East High School in Park Forest, Illinois. He subsequently enrolled at the University of Missouri to study journalism, and graduated with his BA in 1971. Berenger went on to work in regional theatre before becoming a flight attendant with Eastern Airlines in 1972.

In 1977, Berenger made his film debut with a bit part in the supernatural horror film "The Sentinel." The same year, he played the killer of the lead character in the crime drama "Looking for Mr. Goodbar." Berenger had his first pair of starring roles in 1978, both in romantic dramas: "Rush It" and "In Praise of Older Women." He had another starring role the next year in the Western film prequel "Butch and Sundance: The Early Days," in which he played a young Butch Cassidy. Berenger continued to land leading roles in a number of high-profile films over the subsequent years. In 1980, he starred alongside Christopher Walken in "The Dogs of War," and in 1983, starred alongside Glenn Close, Jeff Goldblum, William Hurt, Kevin Kline, and Mary Kay Place in the acclaimed dramedy "The Big Chill." Berenger next starred in the musical drama "Eddie and the Cruisers"; the erotic thriller "Fear City"; and the comedy Western "Rustlers' Rhapsody." He also appeared in the Italian film "Beyond the Door."

Berenger gave one of his most renowned performances in 1986, playing Staff Sergeant Bob Barnes in Oliver Stone's Vietnam War film "Platoon." For his work, he received an Academy Award nomination for Best Supporting Actor. Berenger followed this success with leading roles in a string of films, including "Someone to Watch Over Me," "Shoot to Kill," "Betrayed," and "Last Rites." In 1989, he played Jake Taylor in the baseball comedy "Major League," a role he later reprised in the film's 1994 sequel. Also in 1989, Berenger reunited with Oliver Stone to play a supporting role in "Born on the Fourth of July." 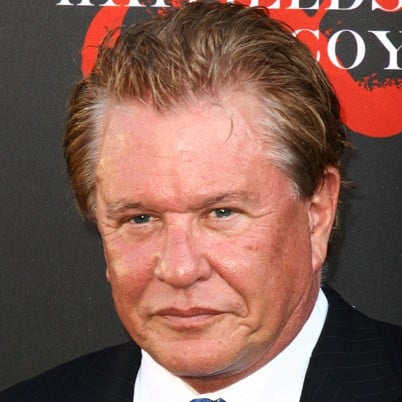 In the early 90s, Berenger appeared in "Love at Large," "The Field," "Shattered," and "At Play in the Fields of the Lord." He debuted one of his most notable roles in 1993, when he first played Gunnery Sergeant Tom Beckett in the action film "Sniper"; he would reprise this role in five sequel films. The same year as "Sniper," Berenger starred in the erotic thriller "Sliver" and the American Civil War film "Gettysburg," in which he portrayed Lieutenant General James Longstreet. He was subsequently in "Chasers," "Last of the Dogmen," "The Substitute," "An Occasional Hell," "The Gingerbread Man," "Shadow of a Doubt," "A Murder of Crows," and "One Man's Hero."

Berenger kicked off the 2000s with roles in "Takedown," "Training Day," "The Hollywood Sign," "True Blue," "Watchtower," and "D-Tox." Later, he was in "The Christmas Miracle of Jonathan Toomey," "Charlie Valentine," and "Breaking Point." In 2010, Berenger had a notable part as business executive Peter Browning in the science-fiction action film "Inception." The same year, he appeared in the action thrillers "Sinners and Saints" and "Faster." Berenger's other credits have included "Last Will," "Brake," "War Flowers," "Bad Country," "Reach Me," "Gone Are the Days," "Supervized," "Blood and Money," "Adam," and "The Most Dangerous Game."

Berenger had his first television role from 1975 to 1976, playing lawyer Tim Siegel on the soap opera "One Life to Live." He was subsequently in the television films "Johnny, We Hardly Knew Ye" and "Flesh & Blood." In the 80s, Berenger's only role was as Jeff Stevens in the miniseries "If Tomorrow Comes." He returned to television in 1993 to play plumber Don Santry in the last season of "Cheers," a role which earned him an Emmy Award nomination for Outstanding Guest Actor in a Comedy Series. Berenger followed this with the television films "Body Language" and "The Avenging Angel," and then with the miniseries "Rough Riders," in which he portrayed Theodore Roosevelt. The actor closed out the decade with a starring role in the television film "In the Company of Spies."

Berenger continued to star in television movies in the 2000s, with credits including "Cutaway," "The Junction Boys," and "Detective." He also had a recurring role on the crime drama "Third Watch," and a main role on another crime drama, the short-lived Western "Peacemakers." From 2007 to 2008, Berenger was part of the regular cast of the ABC drama "October Road." Following this, he had a recurring role on the Franco-Canadian show "XIII: The Series." In 2012, Berenger earned critical acclaim for his role in the Western miniseries "Hatfields & McCoys"; for his performance as Jim Vance, he won the Emmy Award for Outstanding Supporting Actor in a Miniseries or Movie. The next year, he began a recurring role on the police procedural series "Major Crimes."

Berenger has been married and divorced multiple times. His first marriage was to Barbara Wilson from 1976 to 1984; they had two children named Allison and Patrick. Next, Berenger wed Lisa Williams in 1986, and had three daughters named Chelsea, Chloe, and Shiloh. The couple divorced in 1997. Berenger subsequently married Patricia Alvaran, with whom he had a daughter named Scout; they divorced in 2011. The next year, he married Laura Moretti. 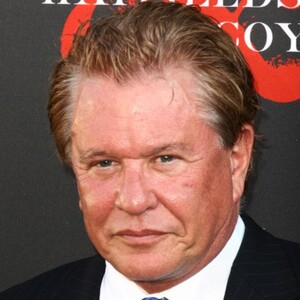