Tom Baker net worth: Tom Baker is an English actor who has a net worth of $10 million dollars. Born in Liverpool, Lancashire, England on January 20, 1934, Baker is best known for his role on Doctor Who from 1974 to 1981. He became active in the entertainment industry in 1968 and was a member of the Royal National Theatre Company.

He is currently married to Sue Jerrad and has two sons. He attended Cheswardine Boarding School and later joined the Royal Army Medical Corps after losing his Roman Catholic faith. His first major on-screen role was in Nicholas and Alexandra for which he earned two Golden Globe nominations. He most recently appeared in the remake of the Doctor Who series in 2013 on the episode titled "The Day of the Doctor. He has appeared in over sixteen notable films, 54 television productions, ten video games, and seven radio productions. 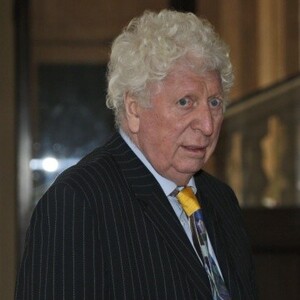