Tom Arnold net worth: Tom Arnold is an American actor and comedian who has a net worth of $20 million. He first became known as a standup comedian, then gained fame for playing Arnie Thomas on the hit ABC sitcom "Roseanne." He also starred on the short-lived sitcoms "The Jackie Thomas Show" and "The Tom Show." On the big screen, Arnold has appeared in such movies as "True Lies," "Happy Endings," "The Final Season," and "Madea's Witness Protection."

Early Life and Career Beginnings: Tom Arnold was born in 1959 in Ottumwa, Iowa as the son of Jack and Linda. He grew up Jewish, and is one of seven siblings. After his mother left the family when he was a child, Arnold and his siblings were raised by their father. He went to Ottumwa High School, and then enrolled at Indian Hills Community College. From 1981 to 1983, he attended the University of Iowa, where he studied writing and business administration. Arnold's career in entertainment began in the early 80s with a prop-based comedy routine entitled "Tom Arnold and the Goldfish Review."

"Roseanne" and Subsequent Television Work: In 1989, Roseanne Barr enlisted Arnold as a writer for her sitcom "Roseanne," which was going into its second season. Arnold wrote himself into the show in the part of Arnie Thomas, an ill-tempered but energetic friend of John Goodman's Dan Conner. The character often appeared wearing a University of Iowa sweatshirt, the school Arnold had attended in real life. Arnie Thomas was a recurring character for seasons two through four, and made his last appearance as a guest in season five.

In 1992, following his stint on "Roseanne," Arnold started another sitcom, "The Jackie Thomas Show," with his then-wife Roseanne Arnold. The program, which starred Arnold in the titular role of a cynical sitcom actor, lasted for 18 episodes. Arnold subsequently created another sitcom with Roseanne called "Tom," on which he once again played the titular character; this program lasted for 11 episodes before being canceled due to low viewership. After appearing on nine episodes of "General Hospital" in 1994, Arnold launched yet another sitcom, this one entitled "The Tom Show." It lasted 19 episodes. Later television credits have included "The Simpsons," "The Celebrity Apprentice," "Law & Order: Criminal Intent," "Sons of Anarchy," "The First Family," "Psych," and "NCIS: New Orleans." From 2008 to 2009, Arnold also served as the host and narrator of the CMT reality television series "My Big Redneck Wedding." In 2017, he was a contestant on the Australian version of "I'm a Celebrity… Get Me Out of Here!"; after 17 days in the jungle, he was the first person to be knocked out of the competition. 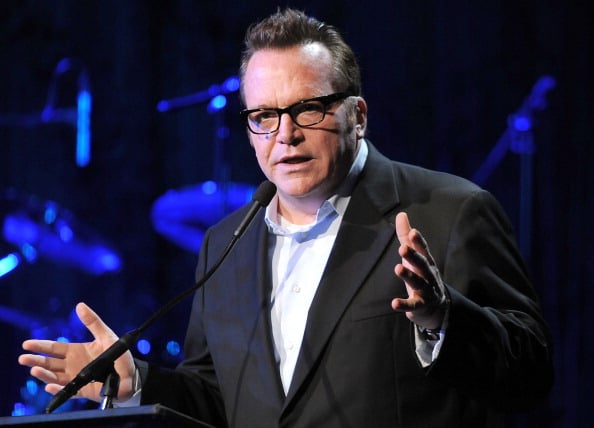 In the early 2000s, Arnold was in such films as "Animal Factory," "Just Sue Me," "Exit Wounds," "Cradle 2 the Grave," "National Lampoon's Barely Legal," and "Soul Plane." The actor had his first romantic leading role in the 2005 film "Happy Endings," which had an ensemble cast featuring Lisa Kudrow, Steve Coogan, Maggie Gyllenhaal, Laura Dern, and many others. Also in 2005, Arnold produced, wrote, and starred in "The Kid & I." He was subsequently in the films "Homo Erectus," "Pride," "Game of Life," "Palo Alto," "The Final Season," "Good Dick," "Remarkable Power," and several others. Throughout the 2010s, his movie credits included Tyler Perry's "Madea's Witness Protection," the action comedy "Hit and Run," the comedy "Dumbbells," the thriller "The Curse of Downers Grove," and the biographical comedy/drama "Bigger."

Personal Life: In 1983, Arnold met Roseanne Barr while performing his prop comedy act. Initially, their relationship was strained by Arnold's drug addiction and alcoholism. After sobering up, the two married in 1990. In 1993, they purchased a house in Eldon, Iowa, and opened a restaurant nearby called Roseanne and Tom's Big Food Diner, which offered loose meat sandwiches not unlike the ones served by Lanford Lunch Box on "Roseanne." Due to irreconcilable differences, the pair divorced in 1994, and their restaurant was shuttered the following year.

Next, Arnold wed Julie Lynn Champnella; they divorced in 1999. The next marriage, in 2002, was to Shelby Roos. A divorced followed in 2008. Over the Thanksgiving weekend in 2009, Arnold wed his fourth wife, Ashley Groussman. The pair had two children, and got divorced in 2020.

Real Estate: In 1998 Tom bought a home in the gated Mulholland Estates community high above Beverly Hills. The seller was Paula Abdul. Tom sold this home in 2006 for $7.4 million. Interestingly, Tom then purchased a house from another "American Idol" judge – Randy Jackson. This home was located in the LA suburb of Tarzana. Tom paid $1.95 million.

In 2009, he and Groussman, paid $1.7 million for a 4,600-square-foot mansion in the lower Benedict Canyon area of Beverly Hills. Arnold and Groussman did extensive remodeling. The gated, five-bedroom and five-bathroom property featured a dual-sided fireplace, a wet bar, a formal dining room with chandeliers, a gym, and a master bathroom with marble floors and skylights. The landscaped backyard, meanwhile, boasted a saltwater swimming pool and spa, as well as a lounge and grill. Upon his divorce, Arnold put the property on the market for around $3.85 million. 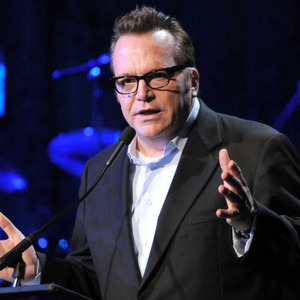