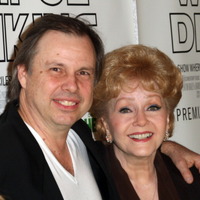 Todd Fisher net worth: Todd Fisher is an American actor, director, and producer who has a net worth of $15 million. Todd Fisher was born in Beverly Hills, California in February 1958. Fisher has designed and built sound stages, recording studios, and television facilities. He is the former CEO, CFO, President, and Treasure of the Debbie Reynolds Hotel & Casino. Fisher is the CEO and curator of the Hollywood Motion Picture Museum in North Hollywood. Fisher directed the TV series Movie Memories with Debbie Reynolds in 1991. He has acted in the TV movies Debbie Reynolds and the Sound of Children in 1969 and These Old Broads in 2001. Fisher is also known for his work on Science of Survival and Cinerama Adventure. Reynolds and Fisher have auctioned off Hollywood memorabilia including Marilyn Monroe's subway dress which sold for $4.6 million.  Todd married actress and singer Catherine Hickland in 2012. His sister is Star Wars actress Carrie Fisher.