Toby Stephens net worth: Toby Stephens is an English actor who has a net worth of $4 million. Toby Stephens was born in Fitzrovia, London, England in April 1969. He has acted for television, film, and stage. From 2014 to 2017 he starred as Captain Flint on the television series Black Sails. In 2018 he starred as John Robinson on the TV series Lost in Space.

Toby Stephens has had recurring roles in several TV series including The Camomile Lawn, The Tenant of Wildfell Hall, Perfect Strangers, Cambridge Spies, Jane Eyre, Wired, Robin Hood, Vexed, And Then There Were None, and more. He has also starred in several films including Orlando, Twelfth Night, Photographing Fairies, Onegin, Space Cowboys, Possession, Die Another Day, Mangal Pandey: The Rising, Dark Corners, Severance, Believe, All Things to All Men, The Machine, 13 Hours: The Secret Soldiers of Benghazi, The Journey, and more. He has performed radio dramas and recorded audio books. He married Anna-Louise Plowman in 2001. 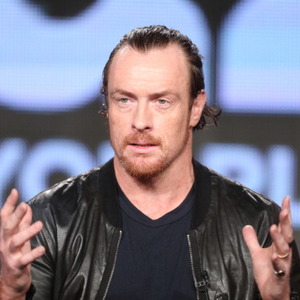