Tiya Sircar net worth: Tiya Sircar is an American actress who has a net worth of $2 million. Tiya Sircar was born in Fort Worth, Texas in May 1982. She got involved in the performing arts at just three years old which dance and then started acting at seven. Sircar graduated from the University of Texas at Austin and the moved to Los Angeles, California to pursue her acting career.

Since 2014 she has voiced the role of Sabine Wren in the television series Star Wars Rebels. Sircar has stared in the movies The Insatiable, Hotel for Dogs, 17 Again, Just Peck, Friends with Benefits, The Lost Medallion: The Adventures of Billy Stone, and The Internship. She has appeared in episodes of the TV series House, Hannah Montana, Terminator: The Sarah Connor Chronicles, Greek, Numb3rs, Privileged, The Suite Life on Deck, Phineas and Ferb, Make It or Break It, Better with You, The Vampire Diaries, NCIS, and The Crazy Ones. 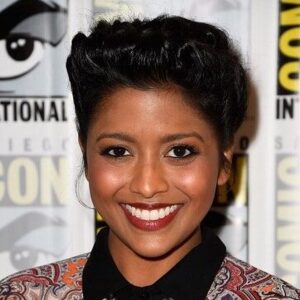