What is Titus Welliver's Net Worth?

Titus Welliver is an actor, best known for his performances on the television series "Lost," "Deadwood," "Sons of Anarchy," and "Bosch." Titus Welliver has a net worth of $5 million. He has also appeared on such shows as "Suits," "The Good Wife," "White Collar," and "The Last Ship," among others. Welliver's film credits, meanwhile, include "Mulholland Falls," "Twisted," and the Ben Affleck movies "Gone Baby Gone," "The Town," and "Argo."

Titus Welliver was born on March 12, 1962 in New Haven, Connecticut. His mother, Norma, was a fashion illustrator, while his father, Neil, was a landscape painter and art professor at Yale University. Later, Neil became dean of the University of Pennsylvania's Graduate School of Fine Art. Welliver had three siblings, all of whom have passed: an older brother named Silas, a younger brother named Eli, and a younger sister named Ashley.

As a young adult in the early 80s, Welliver went to New York University, where he studied drama.

In the early 90s, Welliver appeared in episodes of numerous shows, including "Matlock," "L.A. Law," "Beverly Hills, 90210," "The Commish," "Tales from the Crypt," and "The X-Files." His first significantly-sized television role came in 1995, when he began playing the recurring part of Dr. Mondzac on the police procedural series "NYPD Blue." Later, from 1997 to 1998, Welliver had a main role on the short-lived CBS ensemble drama "Brooklyn South." His other credits during the decade include episodes of "High Incident," "Murder One," "Nash Bridges," "Spy Game," "The Practice," and "Star Trek: Voyager."

Welliver began the early 2000s in episodes of "Falcone" and the short-lived crime drama "Big Apple." He had a recurring role as Dr. Eric Hackett in 17 episodes of the CBS series "That's Life," and made guest appearances on shows including "Third Watch," "Law & Order: Special Victims Unit," "The Twilight Zone," and "Hack." From 2004 to 2006, Welliver had a substantial part on the HBO Western series "Deadwood," playing the semi-regular character Silas Adams. He followed this with a number of guest roles on programs such as "Numb3rs," "Jericho," "NCIS," "Shark," "Life," "Prison Break," "Monk," "Kings," and "Supernatural." 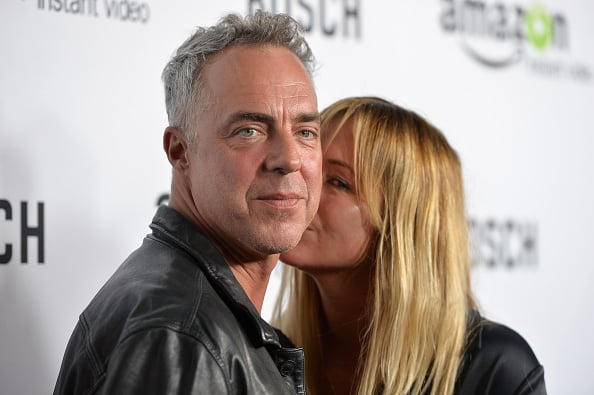 In 2009, Welliver began a brief but highly memorable role on the ABC drama series "Lost," playing the mysterious "Man in Black." He made his debut in the show's season five finale, and appeared twice more during the sixth and final season in 2010. During the same period of time, Welliver played gun kingpin Jimmy O'Phelan on FX's action crime series "Sons of Anarchy," and portrayed prosecutor Glenn Childs on the legal drama "The Good Wife." The actor went on to appear in episodes of "Suits," "CSI: Crime Scene Investigation," "Grimm," "Touch," "White Collar," "Agents of S.H.I.E.L.D.," and "The Mentalist."

After appearing in the recurring role of Thorwald on the TNT apocalyptic drama "The Last Ship," Welliver landed his biggest television role yet on Amazon's police procedural series "Bosch." Based on a series of crime novels by Michael Connelly, the show stars Welliver in the titular role of Los Angeles detective Hieronymus Bosch. Following the conclusion of the show in 2021, Welliver lent his voice to five episodes of the Netflix animated series "Castlevania."

Wellliver made his big-screen debut in 1990, appearing in the films "Navy SEALs" and "The Lost Capone." He followed this with the biographical musical "The Doors" and the crime film "Mobsters," in which he portrayed Al Capone. Among Welliver's other credits in the 90s are the action film "Zero Tolerance," the family comedy "Born to Be Wild," and the neo-noir crime thriller "Mulholland Falls."

In the 2000s, Welliver appeared in a number of crime and thriller films, including "Cement," "Once in the Life," "Twisted," and the 2005 remake of "Assault on Precinct 13." The actor was also in the independent film "The Narrows" and the drama "The Human Contract," the latter of which was the directorial debut of actress Jada Pinkett Smith. Among Welliver's other notable credits are multiple films directed by Ben Affleck; they include "Gone Baby Gone," "The Town," the Best Picture Oscar-winner "Argo," and the literary adaptation "Live by Night." Welliver has also appeared in such films as "Handsome Henry," "Man on a Ledge," "Promised Land," "Transformers: Age of Extinction," "Poker Night," and the 2019 "Shaft," starring Samuel L. Jackson in the title role.

Beyond film and television, Welliver has narrated several audiobooks. Notably, he has provided narration for some of the novels in Michael Connelly's "Bosch" series, including "The Crossing" and "The Wrong Side of Goodbye." Welliver has also narrated Robert B. Parker's series of Western novels, which includes such titles as "Appaloosa," "Brimstone," and "Ironhorse."

Welliver has been wed multiple times. His first marriage, to Heather Wielandt, ended in divorce in 1989. He subsequently wed Hollywood talent agent Dani Sexton in 1992; they separated in 1996.

Next, in 1998, Welliver married actress Joanna Heimbold, with whom he was with until their divorce in 2004. He then wed film producer Elizabeth W. Alexander, who passed away from breast cancer in 2012. A couple years later, Welliver married Dutch fashion consultant and former model Jose Stemkens; they split in 2021. Welliver has three children from his marriages: two sons with Heimbold and a daughter with Alexander. 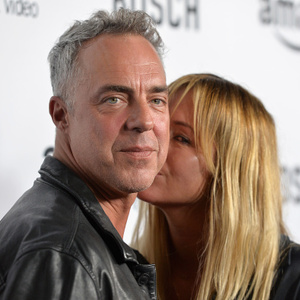