Tina Majorino Net Worth: Tina Majorino is an American actress who has a net worth of $1.5 million dollars. Tina Marie Majorino was born in Westlake, California in February 1985. Her first appearance came in 1990 on ABC TGIF. From 1992 to 1993 she starred as Sophie Wilder on the TV series Camp Wilder.

Her first film role came in When a Man Loves a Woman in 1994. Tina went on to star in the films Corrina, Corrrina, Andre, and Waterworld. In the late 1990s she starred in TV movies such as Alice in Wonderland and Merry Christmas, George Bailey. Majorino took a hiatus from acting and then returned as Deb in the 2004 hit Napoleon Dynamite. From 2004 to 2007 she starred as Cindy "Mac" Mackenzie in the series Veronica Mars. In 2010 she played Addy Fisher in the series The Deep End. From 2006 to 2011 Majorino starred as Heather Tuttle in the television series Big Love. She provided the voice of Deb for the Napoleon Dynamite animated series in 2012 and had a recurring role on the show Bones. Tina played Molly on True Blood in 2012 and starred as Dr. Heather Brooks on Grey's Anatomy from 2012 to 2013. In 2014 she starred as Maggie in the TV series Legends. She reprised her role for the 2014 Veronica Mars film. She has been nominated for a Teen Choice Award and three Young Artist Awards. 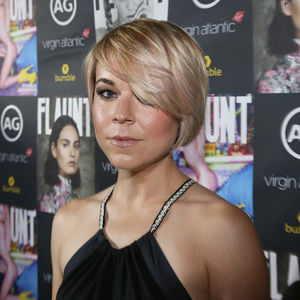