Timothy West net worth: Timothy West is an English actor who has a net worth of $10 million. Timothy West was born in Bradford, West Riding of Yorkshire, England in October 1934. He has more than 130 acting credits to his name as well as many theater acting credits. From 1983 to 1990 he starred as Bradley Hardacre on the television series Brass. West starred as Andrew Oldfield on the TV series Bedtime from 2001 to 2003. From 2014 to 2015 he starred as Stan Carter on the series EastEnders. West has starred in several films including The Looking Glass War, Hitler: The Last Ten Days, The Day of the Jackal, The Devil's Advocate, The Thirty Nine Steps, Agatha, Rough Cut, Cry Freedom, Consuming Passions, Ever After, The Messenger: The Story of Joan of Arc, 102 Dalmatians, Iris, Beyond Borders, Endgame, and more. West has authored the books I'm Here I Think, Where Are You? Letters from a Touring Actor, A Moment Towards the End of the Play, and So You Want To Be an Actor. He has been married to actress Prunella Scales since 1963. 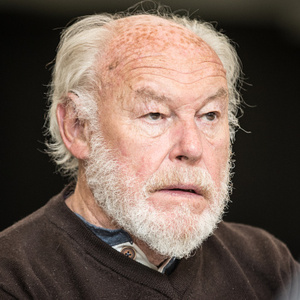