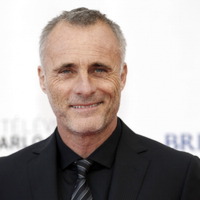 Timothy V. Murphy net worth: Timothy V. Murphy is an Irish actor who has a net worth of $2 million. Timothy V. Murphy was born in Tralee, Ireland in April 1960. He has about 100 acting credits to his name. Murphy has had several recurring roles including starring on the TV series Criminal Minds as Ian Doyle, NCIS: Los Angeles as Isaak Sidorov, Sons of Anarchy as Galen O'Shay, Grace and Frankie as Byron, True Detective as Osip Agronov, The Bastard Executioner as Father Ruskin, An Klondike as Peachy Taylor, Damnation as Gram Turner, and Quantico as Conor Devlin. He has starred in several films including National Treasure: Book of Secrets, MacGruber, Fairly Legal, Shallow Ground, Road to Paloma, Heaven's Floor, Appaloosa, and more. Murphy has also appeared in episodes of the TV series Westworld, The Last Man on Earth, Scorpion, Revenge, Burn Notice, and more. He co-produced the film Tooken in 2015.